A Socialist Perspective on Women’s Liberation 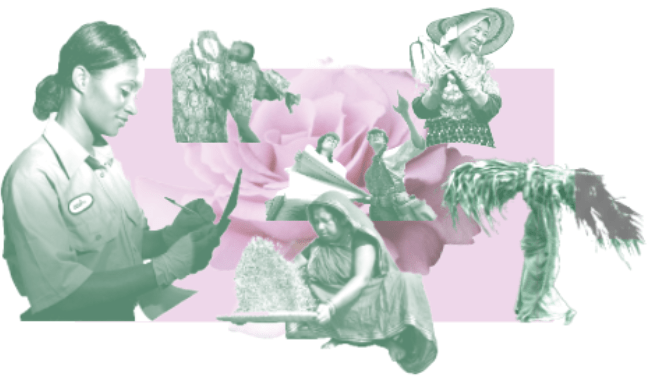 In this first issue of Breaking the Chains: A Socialist Perspective on Women’s Liberation, we have wrestled with a central question…What does it mean to be a socialist revolutionary and a feminist?

We enjoy a limited version of the progress for which our mothers and grandmothers and their mothers and grandmothers struggled.  They won the right to vote. They won the right to divorce, to exert financial independence from fathers and brothers and husbands, and to legal abortion. Our generation has witnessed the victory of same-sex marriage. When the women’s movement has been strong, misogynist forces of reaction have been pushed back and spaces opened for women of many different backgrounds.

Today, Hillary Clinton is poised to become the first woman president of the United States. Has women’s liberation been achieved? Not at all.  The progress won by the waves of women’s movements throughout history has been in many ways rolled back. Women now live, work, study and grow up amid pervasive commodification, sexual and domestic violence, sexist rhetoric and constant attacks on our reproductive rights, voting rights and civil liberties.  The last few years, in fact, have been witness to hundreds of legislative attacks on the right to abortion alone, not to mention numerous high profile rape cases in which the perpetrator was either not punished at all or or only mildly so. None of that will change on Election Day nor on Inauguration Day.

In truth, Hillary Clinton — if elected — will continue to be an enemy of poor and working women, of women of color, and of the women of Syria, Libya, Honduras and the next nations that Clinton and the U.S. Empire target for regime change. She won’t even be a reliable ally for the liberal feminist causes that she occasionally mentions.

Feminism is often maligned, ridiculed and disavowed by both women and men, or, alternately, claimed by ruling-class politicians for their own self-serving purposes. The ruling class of the United States, men and women alike, couldn’t care less about the needs of working and oppressed women at home or abroad.

Hillary Clinton ended her DNC acceptance speech this summer by telling little girls everywhere that they too could now dream of being president one day. That’s a ridiculous lie. Those who can become president of the United States are all members of the ruling class—either the owners and bankers themselves or those who have a proven record in doing their bidding.

A woman becoming CEO or becoming president is the lowest and emptiest form of feminism. It may well be an individual achievement given the intensity of sexism and the oppression of women in this country. But it does nothing to solve the real, everyday life problems of millions of women. It certainly won’t resolve the very real issues we raise in this magazine — imperialist war, sexist violence, racism and anti-LGBTQ bigotry.

The United States has been scorned by even the most moderate national and international organizations for its ridiculously low level of achievement for women’s rights. From employment to reproductive rights to political involvement, this country does little to guarantee women’s rights. We want to, we intend to, change this. But we know the current system is incapable of facilitating that change.

We are not concerned with the gender of the people who win power in the capitalist system as president or the gender of the CEOs benefiting from the exploitation of all workers. We are concerned with the struggle here and now for millions of women in this country who have no access to full health care and reproductive control over our bodies, who earn far less than men for the same work, whose education is imbued with sexism, who are victims of domestic and police violence, who are subjected to sexual assault while the perpetrators walk free. We are concerned with women of all ages and nationalities who are denied very basic and real human rights.

Our first issue lays out the contours of this concern. In poetry, art, theory, information, opinion, argument, history and narrative, the lines are drawn. We are revolutionary socialists. We are feminists. Join us.