Black women and the need for reproductive justice 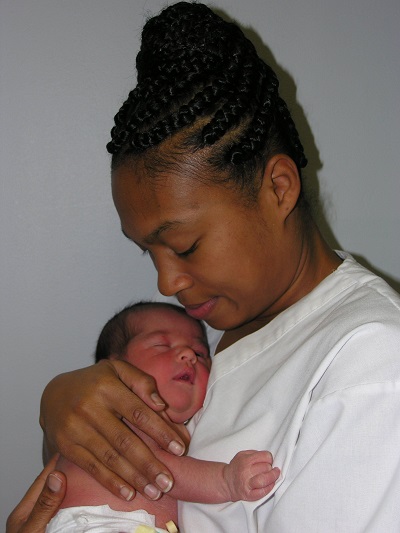 A few months ago, a sister disclosed to me that the reason she did not have children was because someone else made that decision for her, not because she did not want them. As a young person living under conditions of homelessness and poverty, she conceived and aborted. It was not until years later, when she made the decision to conceive, that she learned she had been forcibly sterilized — without consent or notification — at the time of an abortion. While this sister’s story is horrifying and tragic, it unfortunately is not a unique one.

Today, we face a crucial moment in which the struggle for reproductive
justice must openly confront racism and poverty to ensure autonomy for all
women. Although the struggle for abortion and reproductive rights has often been presented and viewed as an issue for white women, manifestations of institutionalized racism and women’s oppression expounds the need for a reproductive justice movement that meets the needs and demands of working class Black women.

Since the onset of slavery, Black women’s bodies have been policed and
regulated in ways that have served the interests of capital and denied women the right to autonomy. The racist and sexist state has, at different times throughout history and to this day, forcibly sterilized Black and Puerto Rican women. By examining history and the current day, it is clear that securing the reproductive autonomy of Black women is a critical step in securing reproductive autonomy for all women.

Under chattel slavery the need for ever-increasing amounts of exploited slave labor placed extreme reproductive pressure on Black women, in addition to extreme productive pressure. Black women were consistently sexually assaulted, both for the pleasure of slave-owning men and for the sustenance of the labor force, while simultaneously facing the brutality of the slavery system. Therefore it should come as no surprise that at times enslaved women — forced to bring children into a world where chains, beatings and sexual abuse were everyday conditions of life — aborted pregnancies themselves. These abortions, however, came at the cost of supplemental torture for Black women. As C.L.R. James wrote in “The Black Jacobins,” “The torture of the collar was specially reserved for women who were suspected of abortion, and the collar never left their necks until they had produced a child.” James’ writing reflects that, even during this early period, there was a deep connection between reproductive outcomes, racism and labor processes.

In today’s socioeconomic context, Black women’s bodies continue to be policed and regulated. Under capitalism, where wealth is hoarded in a small number of hands and rights are presented to the masses of people as privileges that come in limited supply, racism is built into the very core of the system. It serves to divide the working class, mitigate resistance and increase profits. Black women endure some of the worst levels of poverty.

In 2015, the National Center for Health Statistics reported that 77 percent of new single moms were Black. Black women are more likely to live in under-resourced neighborhoods with limited access to healthcare than any other demographic. Low-paying jobs very rarely provide health insurance, and long hours restrict working-class women from regular check-ups and health exams. The maternal mortality rate for Black women is alarmingly high, over 2.5 times greater than that of white women.

Even Black women with more economic power than average continue to have worse birth outcomes than white women who have not finished high school. Nationally, Black women account for 66 percent of new cases of HIV amongst all women, and HIV/AIDS-related illness is the leading cause of death among Black women aged 25-34. Further, because of a lack of access to quality, culturally-competent healthcare that treats Black women with dignity and respect, their health conditions are more likely to be lethal. For example, although Black women have a lower rate of breast cancer diagnosis than white women, Black women aged 45-64 have a mortality rate from breast cancer 60 percent higher than that of white women. In examining the data, it becomes more evident that the reproductive health and wellness of Black women is perpetually in crisis, largely as a result of the racism and sexism that they face in the realm of healthcare.

Although Black women only make up about 13 percent of women in the United States, they get 40 percent of abortions, further underscoring the connection between poverty, racism and reproductive politics. Too frequently, Black women and their decisions to abort, or even have multiple children despite living in poverty, are made to blame for the failing social order in the United States. The notorious (and often false or deeply misrepresented) images of the “welfare queen” or “crack babies” perpetuate moral disregard, regulation and even criminalization of Black women and their reproductive capabilities. However, blaming Black mothers for structural inequities — rather than appreciating the generational trauma, manifestations of institutionalized racism and economic inequality — simply obscures the need for radical social change in the United States that would benefit all working-class women.

Women of oppressed nationalities and classes have never allowed the mainstream, white feminist movement to determine their fate and wholly co-opt the struggle for women’s equality. Historical figures like Ida B. Wells, Frederick Douglass and Sojourner Truth; more contemporary activists like Fannie Lou Hamer, Claudia Jones, Angela Davis and so many others loom large in their efforts to secure freedom, equality and true liberation. They rejected a narrow feminism and instead engaged and struggled around a variety of issues that largely affected them and their material conditions as working-class women of color. Rather than struggle within the confines of a reproductive rights movement limited by racist and anti-worker views, Black and oppressed women spoke out, wrote their own demands, mobilized in many communities and fought for reproductive justice.

At different periods of its history, elements of the women’s movement led by upper class and predominantly white women have narrowly focused on issues that obscured the needs of Black women and other oppressed working-class women. At points they have outright rejected Black women’s demands for liberation. In the late 1800s and prior to winning the right to vote in 1920, there was a deep split in the women’s movement. Wealthier, predominantly white women denied the interests and demands of Black women by prioritizing the struggle for the right to vote over the struggle to
end slavery. The moralistic and racist underpinnings of earlier movements for birth control are yet another example. Because women can belong to the oppressing as well as the oppressed class there is always a struggle within the women’s movement over the political direction and leadership of the movement.

As Angela Davis writes in “Women, Race and Class,” “What is urgently required is a broad campaign to defend the reproductive rights of all women — and especially those women whose economic circumstances often compel them to relinquish the right to reproduction itself.” Under the current capitalist economic system, we are led to believe that there is a scarcity of rights, and that we must fight amongst ourselves as oppressed people to come out on top and get what we need. However, it is when we unite as a broad coalition that we secure protections for the majority. As can be understood by examining history, the sustained assault on Black women’s childbearing has shaped the meaning of reproductive freedom in the United States. Without a women’s movement that aims to truly dismantle the layers of oppression that Black women face, namely racism, sexism and classism, we will fail to see a reproductive justice movement that truly satisfies the needs of all women.