Jane: Providing safe abortions to all 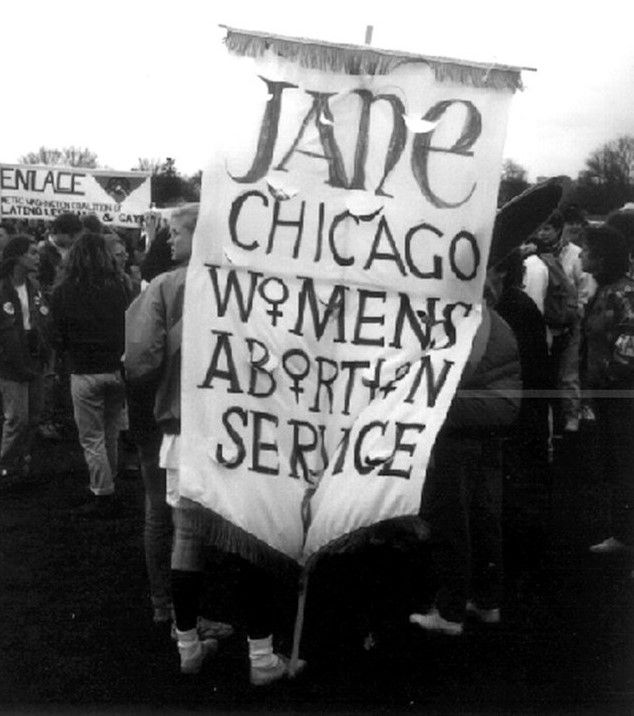 “I was really adrift, but I wanted to do something, and it seemed to me that if you were going to pick something in terms of women and politics, the front lines was abortion because women were dying and that was real.”
— former Jane volunteer Jeanne Galatzer-Levy

Throughout the history of abortion criminalization, women have fought back against the misogyny inherent in controlling women’s bodies and reproductive rights. One example is the underground clinic, known by the code name “Jane,” established in 1965 by 19-year-old student Heather Booth.

In the early 1960s, Booth helped a friend’s sister obtain an abortion, locating a doctor willing to perform the procedure. Soon after, as more women called requesting services, Heather realized a system needed to be put in place to respond to the need. Through the Chicago Women’s Liberation Union she helped form “Jane.”

Initially Jane partnered with licensed medical practitioners, but as their clientele swelled, the women members decided to start performing abortions themselves. Mike, the man who taught the first Jane volunteers how to perform abortions, had learned from a Mafia doctor.

Jane’s membership grew to include dozens of women, all understanding the
importance of women needing access to abortion. At their peak, the group
performed abortions four days a week, serving ten women a day. Over the course of seven years, Jane members provided over 11,000 first- and second trimester abortions with a safety record rivaling today’s legal practitioners.

Jane’s illegal operations were as clandestine and secure as possible. Women
called the phone number, and left their name, phone number and date of last period on an answering machine, and a Jane member would call them back to schedule the appointment. The client would then meet at the the “front” apartment, and Jane members would transport them to the second apartment where the abortions were performed.

In contrast to doctors who would charge upwards of $500 for abortion
services, Jane’s standard fee was $100, and they would not turn anyone
away for lack of money. The proceeds went towards rent, supplies and other operational expenses.

Once states like New York legalized abortion, wealthier women in Chicago would fly to New York to get legal abortions for the same $100 plus flight and accommodation costs. Jane’s clientele shifted, becoming almost entirely young, poor, working-class women who could not afford the travel costs, missed work, housing, or even the $100 Jane charged. Jane’s existence was vital to poor and working-class women who otherwise would have risked death from botched do-it-yourself abortions. Hundreds of women died each year in the United States due to sepsis and punctured uteruses from botched abortions before Roe v. Wade — the majority young and poor.

Laura Kaplan, women’s rights activist, author and former Jane volunteer, explains the demographic shift further. “Women who could get on a plane at O’Hare Airport, and fly to New York and back for an abortion, didn’t need us… We were helping very young women, poor women, women of color, and women who couldn’t get away for a day because of their circumstances.” Seeing their activity connected to a broader struggle for women’s rights, the Jane volunteers became experts in providing safe abortion services while avoiding demonization by the media and rightwing.

After seven years of successfully building this underground network, Jane was discovered on May 3, 1972, when police tracked the group to an apartment in Chicago’s South Shore neighborhood. All of the women in the apartment were taken into custody, even the family members who were waiting for an abortion to be completed, and charged with 11 counts of abortion and conspiracy to commit abortion. They became known as the Abortion Seven.

The National Organization for Women launched a legal defense fund and hired feminist lawyer Jo-Anne Wolfson. Meanwhile, the Abortion Seven watched closely as Sarah Weddington, the lawyer who argued Jane Roe’s case, inched closer to a Supreme Court victory. Six months later, on Jan. 22, 1973, the Supreme Court legalized abortion with the decision of Roe v. Wade, causing the state of Illinois to drop all charges against the Abortion Seven.

Now, 45 years since Roe v. Wade, over 1,200 restrictive state laws have made accessing abortion more painful, challenging or impossible for working-class and marginalized women. The states of Mississippi, North Dakota, South Dakota, West Virginia, Wyoming, Missouri and Kentucky have just one abortion clinic, and those solitary clinics are under further attack due to Targeted Regulation of Abortion Providers laws. Technological advances have made it so that most abortions are simple procedures that involve pills. Banning abortions will push working-class women back into the shadows to access reproductive health care.