Strengthening the Women’s Movement Through Anti-Racism 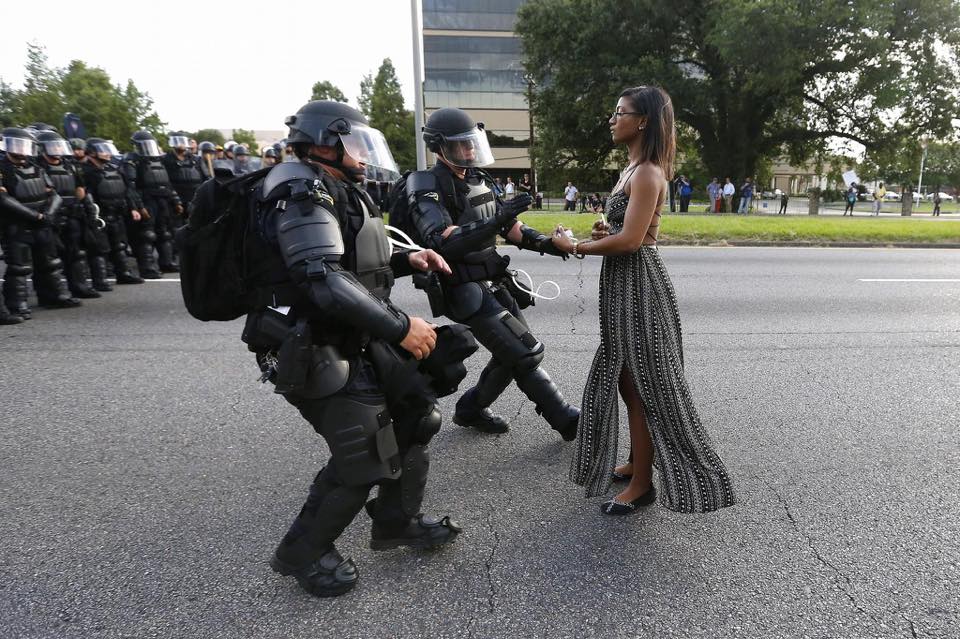 Centuries of slavery, Jim Crow segregation, and institutionalized discrimination have deepened the divide between Black and white families.

Because so many women, both Black and white, make up the low-wage work sector, it is difficult for us to build up wealth. Even if we obtain some financial resources, they are drained by medical emergencies, foreclosures and tuition. The reality is that all women are oppressed in capitalist society. Women of color, however, experience the twin evils of the patriarchy and institutionalized racism that are integral parts of the capitalist system. Black women in particular are the victims of a system that accumulated capital through the slave trade, through the commodification of Black bodies, and with unpaid Black labor. The vestiges of that brutal system have by no means been overcome.

While the women’s movement has shed light on these issues for years, dominant liberal trends within the women’s movement have shone the spotlight only on issues plaguing white and middle-class women. This is a false approach to the struggle for women’s liberation. The struggles for women’s rights and against racism are at their core connected, and there is a profound basis for unity as we struggle for full equality. White women must also fight for justice for Black women and all women of color if they are to win liberation.Historically, however, this has not always been what happened.

Throughout the 19th and 20th centuries, racism divided the women’s movement, as exemplified in the suffrage movement and the birth-control movement.

At the conclusion of the Civil War (also known as the slaveholders’ rebellion), in 1865, amendments were passed granting rights to African Americans. The 15th Amendment, which declared that voting rights could not be denied based on race, marked a point of contention in the women’s suffrage movement because the amendment deliberately excluded gender. That is to say, the amendment granted the vote to Black men but not to women of any nationality. This led to a two-decade split in the suffrage movement where one side, led by Lucy Stone, understood Black male suffrage as an initial victory while continuing to fight for universal suffrage on a state-by-state basis. The other side, led by Susan B. Anthony and Elizabeth Cady Stanton, refused to support Black male suffrage unless women were also granted the vote.

While both sides of the split had opposed slavery, the Anthony/Stanton side then allied with racist Democrat George Train in order to receive funding for a newspaper. Train supported women’s suffrage so as to use white women’s votes to combat the newly granted Black vote. Political opportunism, or the betrayal of principles to achieve a short-term goal, divided the women’s movement at a crucial time in history following Reconstruction when Jim Crow laws were implemented in order to continue the legal enslavement of African Americans.

In 1890, both sides merged, overcoming the divide for the moment. The right to vote was won in 1920 because of this unity and more women entering the workforce.

From the 1910s to 1930s, access to contraceptives changed dramatically as birth-control advocate Margaret Sanger defiantly opened reproductive health clinics for working women and fought relentlessly to validate the use of barrier birth control methods. Sanger, founder of Planned Parenthood, believed women should choose when to have children, have a right to control their body, and should be able to experience their sexuality. Sanger went to jail for opening clinics for immigrant women, sought scientific validation for birth control, and battled obscenity laws so that birth control could be more publicly available.

Sanger wanted poor women to have the right to plan and prevent pregnancies in a safe and legal manner. While empathizing with the plight of poor women with large families who suffered ill health as a result of many unplanned pregnancies, and were unable to support their children, she went astray as she began arguing that large families in and of themselves create poverty. Starting her career in the socialist and working-class movement, she drifted out of this milieu and became focused on birth control as a single issue. Like the suffrage movement before her, she started to reach out to anyone who might be an ally, even those who were supporting the cause for racist and reactionary reasons. As a result, Sanger found an ally in the movement for eugenics, the racist idea that only those with desirable qualities should be allowed to reproduce.

Some argue that Margaret Sanger was a racist because birth control was tested on Puerto Rican women in Río Piedras as well as on psychiatric patients in Massachusetts, which led to the forced and legal sterilization of women of color. However, Sanger was not involved in forced sterilization or coerced birth control. Sanger united with the eugenics movement because it was the leading ostensibly scientific movement at the moment. In reality, it was an act of opportunism; she would rather ally with any argument, no matter how racist, to advance the issue of birth control.

Both examples show how the racism endemic to U.S. society has played a role in dividing the women’s movement despite the fact that there is a material basis for white women and women of color to unite in struggle for reproductive rights, for full equality, and against sexism and racism.

Black women in the struggle

Black women’s contributions to the struggle have often been reduced to involvement either in the Black liberation struggle or in the feminist movement. In reality, the two are not mutually exclusive. Beyond their contributions, Black women are also a crucial group within the working class that can forge unity and lead a variety of struggles. Black women have always fought for the rights of their communities.

Victoria “Vicki” Ama Garvin was a labor leader and organizer in the Black struggle. Garvin refused to be confined to a particular issue but believed in the struggle against all forms of oppression. She joined the Communist Party in the 1940s and was a leader in the National Negro Labor Council. In the 1950s, Garvin traveled throughout Africa and witnessed the national liberation struggles against neo-colonialism. She then settled in Ghana where she mentored and provided camaraderie to Black radicals. Malcolm X lauded her role “as knowledgeable elder (a role given to males) within the [B]lack liberation movement, mentoring a younger generation just as she had been mentored.” In the 1970s, Garvin returned to the United States where she functioned as an organizer and continued mentoring a multitude of activists.

Florynce Kennedy was a prominent Black leader and feminist who often sought to unite various struggles through action. She supported the Black Power movement as a lawyer. (She defended Assata Shakur.) She trained and educated female leadership in organizations like the National Organization of Women. Kennedy trained women of all backgrounds, not only Black women. Kennedy teaches us the pivotal role of the Black struggle in providing the fertile ground and training for women’s leadership in other struggles.

Denise Oliver, an African American woman, became a leading member of the Young Lords Party while asserting women’s leadership and overcoming sexism both within the party and in society. The Young Lords Party was a Puerto Rican organization modeled after the Black Panther Party; they advocated the self-defense and empowerment of the cities’ most oppressed communities and put forth socialism as the path to liberation.

These three women are a few examples among many.

Part of a larger tradition

Too often, the leadership of the women’s movement has failed to take up racism as a central struggle in the fight for women’s liberation. Revolutionary socialists differ entirely in their approach.

History has taught us that change happens when people from various backgrounds unite.

The women’s movement will be stronger and more successful when it includes Black liberation as a key struggle. True freedom requires all progressive and revolutionary people to politicize the sectors of the population standing up and fighting back against racism in righteous anger.

We need to secure the basic human rights of the Black community, of which Black women are an integral part. Eliminating the oppression of Black women requires us to fight against racism and sexism and will, in turn, contribute to the liberation of all women.

As socialists, we want to uplift all people suffering from capitalism, and this requires us to fight for the power to create a new system. Overthrowing capitalism and creating a system where society’s resources are used to meet the needs of poor and working people lays the basis to eradicate racism and sexism.

Poor and working people understand their oppression, but we can only learn the solution through the experience of fighting together. It is not a coincidence that Black freedom fighter Assata Shakur alludes to communist thinker Karl Marx when she said, “it is our duty to fight for our freedom, it is our duty to win, we must love and support each other, we have nothing to lose but our chains!”