The Struggle for Healthcare 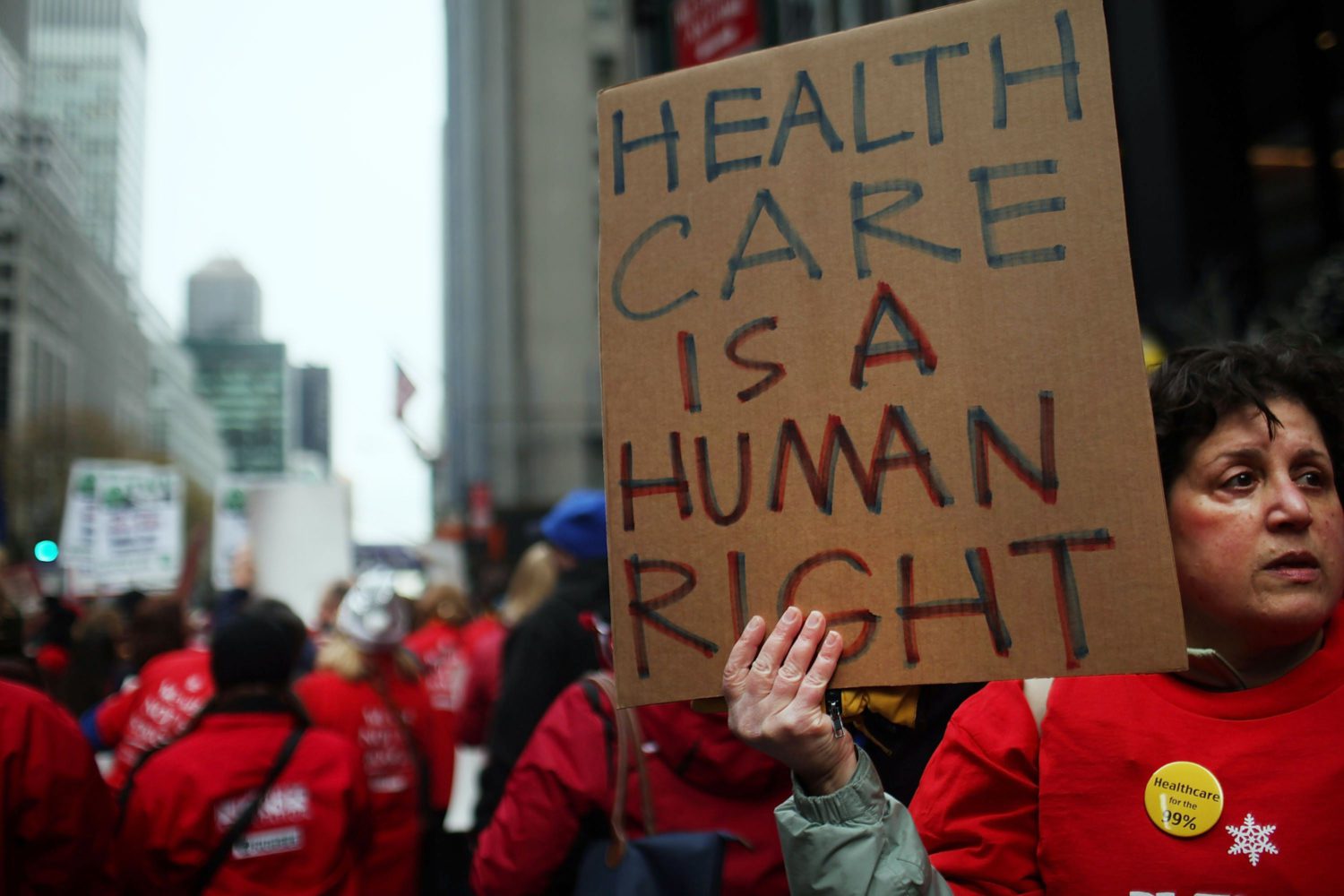 Since the somewhat surprising election of Donald Trump, the Trump administration, the Republican Party and other reactionary forces have been salivating over the destruction of the Affordable Care Act. While the ACA is limited in what it actually provides and will not resolve the health care crisis in this country, its destruction would ensure that millions of people would not have access to the medical care it does provide. As of this writing, those forces have failed epically to overturn the ACA. Yet, they continue their war on people’s needs, a key target being healthcare and  particularly women’s rights to healthcare.

The war on health care reveals the extreme limitations of the system to provide for people’s needs. A single payer health care system — a reality in a number of capitalist countries — would not usher in a socialist system, but would save the government enormous amounts of money and would take real steps to improve the lives of millions of people in the country who are angry, isolated and unhealthy. It is really not a revolutionary idea. But in the center of the empire, the most brutally capitalist country in history, it is often looked upon as a revolutionary idea.

Capitalism has transformed virtually everything into a commodity to be bought and sold by those who own it for the sake of profit, not to be used for the benefit of those who produced it. Our health and sickness has been quantified and studied, not to cure disease, but to increase the rate of profit
that can be made by banks, stockholders and CEOs.

Insurance companies closely track health, illness and death so they can determine just how big a risk you are when you sign up to pay them for insurance. Pharmaceutical companies invest many dollars in reinventing or improving existing medicines so they can  charge hundreds of dollars per pill or shot and keep lining the pockets of big investors. Big Pharma spends more on advertising than they do on research! They also flood areas with opioids in the midst of a rising addiction epidemic. Hospital corporations determine the patient loads and hours of medical workers not based on delivering quality care to the sick while maintaining a healthy work environment, but based on maximizing profits. Hospital administrations will pile on as many patients as possible and assign long workdays to workers, only concerned when the impact of the resulting increased illness and death of these decisions affects the profit line.

Doctors and nurses go into exorbitant debt to be educated because medical schools and training centers too must make a profit or cease to exist.

The most oppressed sectors — people of color, women and trans people — face even more disastrous conditions than the working class as a whole because of insidious and structural racism, sexism and bigotry.

Working people are subjected to the ravages of diseases that, without exaggeration, could be disappeared altogether. Because workers only produce the resources but do not control them, their health is relegated to the decision-makers employed by those that own and control those resources — the capitalist class. Thus the insurance companies, pharmaceutical companies and medical corporations decide our health and wellbeing. They decide whether we get cancer treatments and diabetes medicines and at what price.

The vast supermarket chains leave poor and working-class neighborhoods in food deserts. The energy corporations pollute poor and working-class neighborhoods. And the services available to our communities are being cut and cut until there is a tenuous and broken net into which we fall when we become sick, lose our jobs or cannot survive on the ones we have.

As Nadia Marsh points out in the article, “Capitalism, Health and Women,” women’s oppression is nothing new and traces its roots to the dawn of class society itself. Because of that oppression, women’s health is particularly affected by the capitalist approach to health and health care. The needs of working people as a whole are underrepresented in the halls of medical research, and women’s health even more so. The health and control of our bodies are political footballs for the capitalist elite, not ours as a right.

What then is the solution? There is an immediate response we must give to every attempt to destroy our health and well-being: struggle. This issue of the magazine documents different struggles from reproductive health care to transgender health care to the granny wives providing the care denied to Black women by the system.

But the ultimate solution is not attainable as long as the profit motive defines our society, as long as the rich exist to get richer, by making the poor poorer. It is found in the structure of a different system — one we address in this issue as well in articles on Cuban and Soviet health care — in socialism.