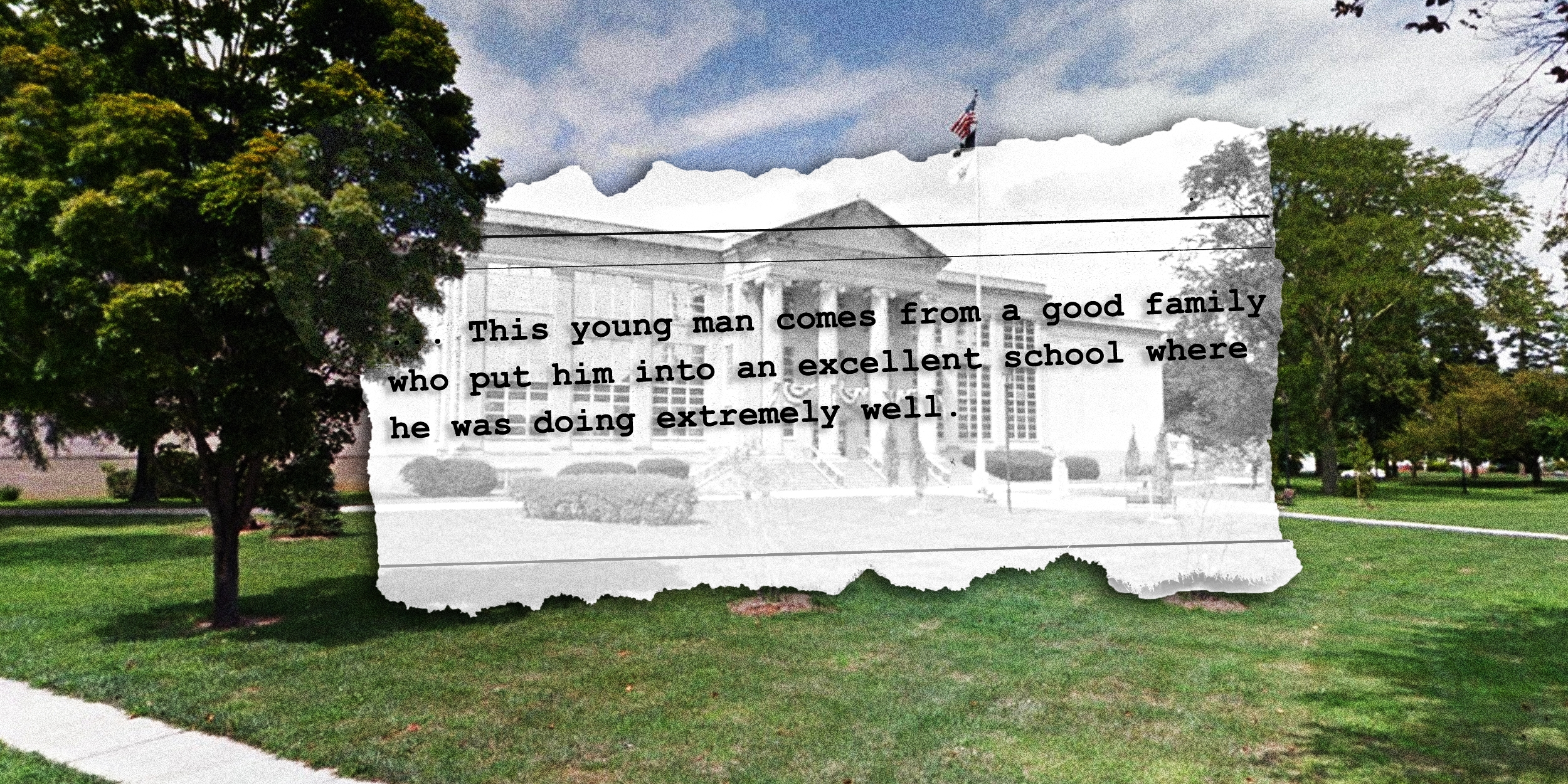 A teenage young man raped a 16-year-old young woman at a party, filmed the assault and distributed it to other teens. When the case came before New Jersey Judge James Troiano in July 2018, he intervened in favor of the accused rapist, concerned that the assailant’s bright future could be tarnished by the incident, which he doubted even constituted rape. Troiano said, “This young man comes from a good family who put him into an excellent school where he was doing extremely well. He is clearly a candidate for not just college but probably for a good college. His scores for college entry were very high.” This was Troiano’s reasoning for sparing the accused rapist from being tried as an adult. He also noted the accused was an Eagle Scout.

The fine, young rapist, identified in court documents only as “G.M.C.,” was at a pajama party with the victim, when witnesses say he brought her, drunk and stumbling, into the basement where the assault took place. According to court documents, “a group of boys sprayed Febreze on Mary’s bottom and slapped it with such force that the following day she had hand marks on her buttocks.” After this, G.M.C. raped the intoxicated girl while recording it on his cell phone camera. According to investigators, he sent the video to seven of his friends, followed by a text reading, “When your first time having sex is rape.” The video reveals a violent assault of a clearly intoxicated and unresponsive young woman.

Judge Troiano said of the incident, “[D]o I believe that it shows in any way a calculation or cruelty on his part or sophistication or a predatory nature? No, I do not.” He dismissed the significance of the text as “just a 16-year-old kid saying stupid crap to his friends”. Troiano doubted whether the assault qualified as rape at all, as his idea of a “traditional case of rape” involved multiple attackers who corner the victim alone somewhere and force themselves on the victim with a weapon. Reactions to Judge Troiano’s words have ranged from demands for his resignation, petitions for him to be disbarred to protests outside of the Monmouth County Superior Court in New Jersey.

Troiano’s definition is not the legal definition of rape. The legal definition contains no qualifications for the number of assailants, location of attack or presence of a weapon. Judges in the U.S. legal system, however, have considerable power to inject their own subjectivity into their decisions, and judges routinely treat rape with little regard. According to the Rape, Abuse & Incest National Network, while 1 in 6 women have experienced rape in their lifetime, 97 out of 100 rapists receive no legal punishment whatsoever.

Even when convictions are reached, rapists often walk away with minimal sentences. The sexist court system simply doesn’t treat rape and sexual assault as a serious crime. In 2016, this fact was on display in the high-profile case of Brock Turner, Stanford swimmer and rapist, who was found guilty of three felony charges after assaulting an unconscious woman behind a dumpster. He was convicted of intent to commit rape of an intoxicated/unconscious person, penetration of an intoxicated person and penetration of an unconscious person–three felony charges which together carry a sentence of up to 14 years in state prison. The judge in his case, however, gave Turner just six months in jail with probation. His justification was that “[a] prison sentence would have a severe impact on him. I think he will not be a danger to others.”

The leniency extended by these judges is virtually unheard of for teenagers from oppressed communities–a factor which contributes to the over-representation of poor people in prisons, especially poor people of color. A 2017 United States Sentencing Commission report found that Black male offenders were 21.2 percent less likely than white male offenders to receive a reduced sentence from a judge without a request from the prosecutor. Between 2012 and 2016, Black men got 19.1 percent longer sentences for the same federal crimes as white men.

Troiano’s remarks bring attention to the issue of trying youth as adults. The judge is being condemned both for his outrageous opinions about what constitutes “real rape,” his clear bias towards a defendant from a “good family,” and for advising against the defendant being tried as an adult. As a general rule, any progressive person should oppose treating youth as adults in the legal system. Research has shown that trying juveniles in adult courts and giving them adult sentences in adult prisons does nothing to reduce the number or severity of crimes committed by young people. More importantly, this policy creates significant harm to those young people, their families and communities. The practice of trying youth as adults is part and parcel of the drive towards mass incarceration that took place in the 1980’s. Previously most youth were tried in juvenile courts, in recognition of their need for rehabilitation which is not to say that the juvenile justice system as it was constituted at the time was in fact a rehabilitative system.

The policy of trying youth as adults for “severe crimes” has always been racially coded as seen clearly in the case of the Central Park Five. Five youth were unjustly accused and convicted of a brutal rape in an environment of a racist lynch mob in 1989. The oldest, a 16 year-old, was tried and sentenced as an adult. Later they were exonerated by the confession of the actual rapist, who was also a match to the DNA evidence. The Five have since successfully sued New York City and New York state for damages. Troiano’s remarks make it clear that trying youth as adults was never intended to be used on white, upper class youth–only on working class youth of color as part of the school-to-prison pipeline.

Women, people of color, and working people in general are rightly outraged that the legal system is so tipped against us. Of course, this is the capitalist system working exactly as it is meant to–protecting the ruling class and upholding their racist, patriarchal ideals. We must use our outrage to stand in solidarity with all victims of this unjust system and demand accountability for them now. Ultimately, if we are to achieve a society that delivers real justice and is free from the violent misogyny, racism, and homophobia of capitalism, we must take on the system itself. Millions of working people have taken to the streets to reject the various injustices of capitalist society–against Trump, against Kavanaugh, against police murders and unjust court decisions. Fighting together, we have the power to transform society for a radically more just future.