Women Resist the Poverty of Capitalism 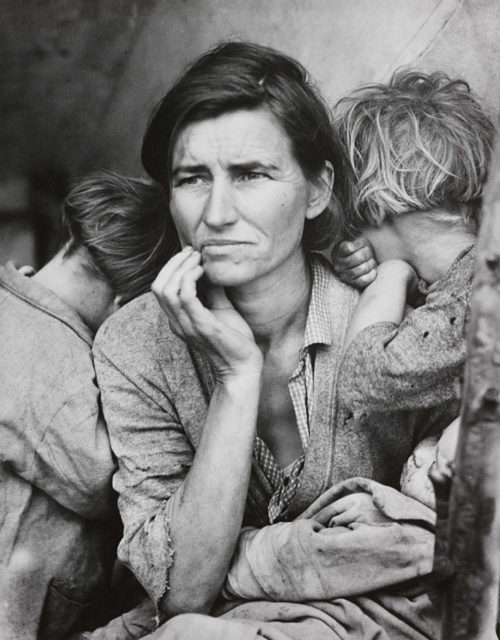 In this issue of Breaking the Chains, we dig deep into the poverty of capitalism and women’s resistance to poverty. Poverty determines the conditions of life for millions of women. We ask why. Women have fought for better working and living conditions. We look at who they were and how they did it.

This issue analyzes poverty as it affects women, but more than that it provides an anti-capitalist world view to explain this egregious, unequal reality.

It is impossible to understand the impoverishment of women without understanding how the capitalist economic system has been built historically. This history explains why Black women above all have the highest rates of poverty in the United States. It explains why the women of formerly colonized countries — the “Global South” — have so little. It explains why just eight men on the planet have as much wealth as the poorest half of the world’s population — 3.6 billion people.

Those eight men did not work harder than anyone else. What they have done — by virtue of their private ownership over the resources, land and technology that produces wealth — is exploit working people and the Earth on a larger scale than anyone else.

None of this is surprising, because newspapers, academic journals, websites, NGO’s and so on repeat, in many different words and from different approaches, that women are disproportionately poor — as are Black and Latino people, LGBTQ people and other specially oppressed groups.

In school and on the news, we are inundated by an ideology that promotes the idea that the country is a “meritocracy,” where the most motivated and talented people get ahead, while the lazy and least valuable suffer. This ideology blames women and other oppressed people for their own poverty, while portraying the individuals who are extremely wealthy as “heroes.”

We reject the idea that people are the creators of their own poverty. The poverty of working people is not accidental. The stolen value of their collective labor, generation after generation, is the basis for the capitalists’ obscene accumulation of wealth. It is a poverty of capitalism, a system that breeds inequality and pits sections and strata of the working class against others based on nationality, gender and sexual orientation.

In 1867 Karl Marx wrote, in the first volume of “Capital,” “Accumulation of wealth at one pole is, therefore, at the same time accumulation of misery, agony of toil slavery, ignorance, brutality, mental degradation, at the opposite pole. …” Time has not lessened the veracity of this statement.

Marx was a revolutionary. He wrote “Capital” as way to explain the system. But he explained it in order to advance the struggle to overthrow it. He wrote and he acted in opposition to the brutality of the capitalist system.

Today, we can see exactly how wealth has accumulated at one pole and misery at the other. Wages have not grown in 40 years. The rich are richer and the poor are poorer. Again, just eight individuals have more wealth than 3.6 billion people combined.

And now, in 2017, Donald Trump is president. The Trump agenda is assembled in a cabinet and set of appointees that are extremely wealthy corporate executives and anti-worker, anti-women bigots. Tens of thousands of people are mobilized and mobilizing against the sexist, racist, bigoted, anti-immigrant agenda.

We have no choice but to struggle. The capitalist system produced Trump. It enriched him and then empowered him. It bred and institutionalized the same racism, sexism, homophobia and divisiveness that he spews.

Capitalism’s very nature creates contradictions that are unthinkable in other social systems. Too much food is produced, yet more and more go hungry because they cannot afford food. Too much housing is built, yet people sleep on the streets because they cannot afford housing. The system repeatedly experiences crises of overproduction that lead to vast layoffs and hardship among those with the least.

The most immediate need is to build a mass movement to confront the dangers of the Trump agenda. While doing that, however, we must also sharpen our political understanding of the root of women’s oppression, of the capitalist system itself. That way, as we are fighting back, we are also fighting forward — toward overcoming that oppression, toward building a society based in the liberation of women and humanity in general.