Working to Survive, Struggling for Dignity 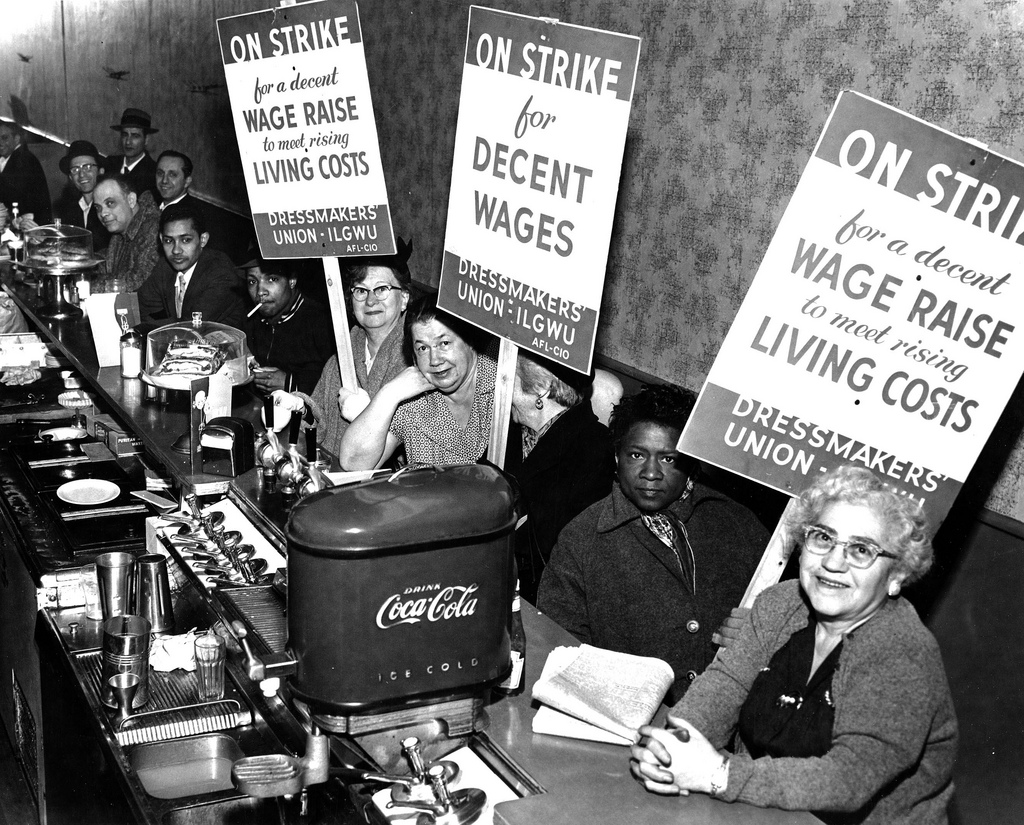 Work is enormously powerful and something we do every single day. Marx wrote, quite beautifully, that “labor is the living, shaping fire; it represents the impermanence of things, their temporality.” As workers, we have a complicated relationship with work. Under capitalism, we must work to survive and that work can often be stultifying, overwhelming, and even painful. It can also be a source of pride and accomplishment. Regardless, it is required to survive and is exploited to benefit someone else.

We are not paid the full value of our work and the work we do is so often not used to benefit society. Buildings are built to house the rich. Transportation structures to transport goods to enrich the rich.

As women, we know about hard work. In fact, there is an entire set of undervalued but challenging work traditionally assigned to us as a group–women’s work, it is often called. It’s an omnipotent concept, one that is diminishing to some extent in its reality but not all that quickly. We work in traditionally underpaid and overworked fields. We are the last hired and the first fired. We are vastly underpaid for the same work done by men. We are sexually harassed and assaulted when trying to do our work. We fight to win unions and then fight to make unions fight harder for us as women workers.

The women’s movement of a more militant era articulated what later became known as the second shift, or the work women were expected to do in addition to their paid jobs. The second shift was the work of the household, of caring for children, of cleaning, of cooking and all of the work necessary to keep a family or an individual going but unrecognized by society as meaningful or valued work. The best description of some of this work was written by Lenin many years before: “petty housework crushes, strangles, stultifies and degrades her, chains her to the kitchen and the nursery, and she wastes her labour on barbarously unproductive, petty, nerve-racking, stultifying and crushing drudgery.”

Lenin wrote that 100 years ago. To be clear, Lenin was writing this about the experience of women under a revolutionary government in a deep struggle to survive against imperialist invasion and underdevelopment, but still a government that recognized the work that still had to be done towards liberation. No such government exists in the United States. The same piece by Lenin continues, “The real emancipation of women, real communism, will begin only where and when an all-out struggle begins (led by the proletariat wielding the state power) against this petty housekeeping, or rather when its wholesale transformation into a large-scale socialist economy begins.”

The first part of the quote, regardless of how it is applied or its context, aptly describes the work women are expected to do generally in capitalist society. Many things have changed. Some have not changed that much. Today, women continue to bear the brunt of unpaid work that is societally necessary but devalued.

We are confronted with a deep contradiction. The existing technological and productive capacity is such that we could greatly reduce what has been considered women’s work. We could easily socialize and collectivize it as well so that it would no longer be an individual or family burden and no longer ascribed to any oppressed group primarily. But that technological and productive capacity is reserved for the use and benefit of a small minority of people: the ruling class. The tiny tiny few who own the banks, which at this point basically own or control all the other means of production. They benefit from the profit generated by technological advances. They have no interest in collectivizing or socializing work to benefit the majority. Working class people continue to work and continue to experience oppression and exploitation because society is not organized in our interests, but in theirs.

“Working to survive, Struggling for dignity” explores the relationship between work and women in capitalist society, in our struggle as socialist revolutionaries and members of the Party for Socialism and Liberation, to liberate ourselves from the oppressive mantle of capitalist society.