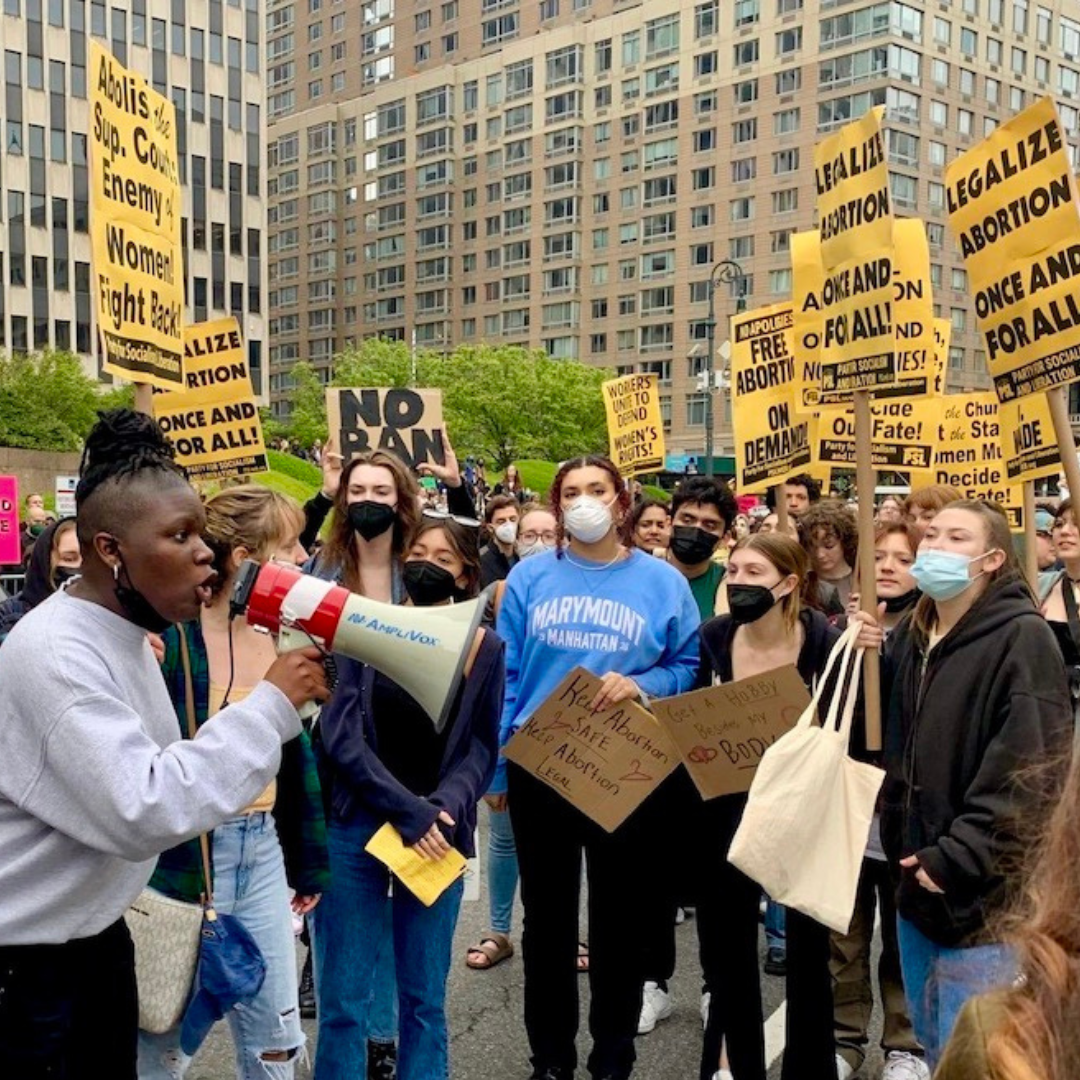 The right wing has passed hundreds of unjust laws to stamp out abortion, but it will not succeed. Women, others in need of abortion services and their allies will fight to stop it. This is the message of the tens of thousands taking to the streets since a media leak revealed the Supreme Court plans to overturn Roe v. Wade.

As restrictions proliferate, the fight has moved to another front. Organizers and everyday people are finding ways to continue to have safe abortions via the abortion pill, often defying or circumventing restrictive state laws.

This has happened before. This writer was part of struggle to legalize abortion in the 1960s. This right was not handed to women and other pregnant people. It was won through mass demonstrations, teach-ins, takeovers and sit-ins. At the same time, we also found ways to provide safe abortions despite legal restrictions.

Best known is the Chicago-based Jane Collective, whose members learned how to perform abortions, providing some 11,000 safe abortions secretively, mostly to working class women who could not afford to travel to the places where abortion was legal, as well as to women of color. The collective members remained anonymous. When people needed an abortion they called a certain phone number and asked for “Jane.”

In other cities people like myself formed underground networks that steered women to qualified providers willing to perform safe surgical abortions.

A medical abortion is the termination of a pregnancy at or before 10 weeks using mifepristone and another medication, misoprostol, taken 24 to 48 hours apart. If administered at 9 weeks gestation or less, the pregnancy is terminated.

The procedure is safe and very effective, ending pregnancy successfully 99.6 percent of the time with a 0.4% risk of major complications and an associated mortality rate of less than 0.001 percent, with complications rare. If one fears something has gone amiss and goes to the ER, a medication abortion is indistinguishable from a miscarriage.

Abortion rights advocates won a suit in December 2021 to get the Food and  Drug Administration to suspend key restrictions on these medications. Previously patients had to get the medication from providers in person, but now they can obtain mifepristone prescriptions through telemedicine and can receive the medication by mail. Many women are also seeking the pills via phone consultation, and by filling out a form online.

This has been a big boon in the current period, which has featured a proliferation of anti-abortion legislation at the state level. Women and others seeking services have been able get abortion pills in the mail and manage their abortions at home, rather than being dependant on clinics whose numbers are rapidly dwindling due to right-wing attacks.

Even before the FDA ruling relaxing restrictions, medical abortions were the preferred method, accounting for 54 percent of all abortions in the U.S. in 2020. In many European countries, with strong unions winning good medical coverage and universal health care, the percentages of abortions that are medical are even higher: Finland (97%); Sweden (93%); Norway (88%), France (68%) and Switzerland (75%).

Abortion activists of this reporter’s era see safe and effective abortion pills as eliminating one of the greatest dangers before abortion was legalized — the “back-alley abortions” by unqualified people in unsanitary conditions which resulted in the death and maiming of so many. While medical abortions are very safe, this era has a new danger—incarceration, as the right wing had declared war on medical abortions.

Already this year 16 state legislatures have introduced bans or restrictions on medication abortion. Legislation that would outright ban its use has been passed in seven states, prohibit the mailing of abortion pills in five states and barring the use of telehealth to provide medication abortion in eight states.

Texas has limited medical abortions to pregnancies of less than seven  weeks, made it a felony to provide abortion pills through the mail and requires doctors to comply with cumbersome procedures to prescribe abortion medications. Additionally Texas law SB4 establishes a criminal violation for delivering the pills, making it a state felony punishable by $10,000 and up to two years in prison.

Will women and others seeking abortions be charged with murder for taking abortion pills?

So far, most states that restrict abortion have targeted providers and others who help patients, but not the patients themselves. Last month, however, Lizelle Herrera was arrested and charged with murder by a Texas court for an alleged self-induced abortion, though quickly released with charges dropped after a national outcry.

In the Louisiana legislature this week, a committee advanced a bill that would allow a patient who aborted a pregnancy, as well as anyone who assisted the patient, to be charged with murder.

Certainly women and others asserting their legitimate right to control their own bodies must be protected from these laws at all cost. But criminalizing those who abort as murderers exposes the misogynist and anti-democratic nature of the anti-abortion movement in a country which where, despite years of vile anti-abortion propaganda, more than 60%of the population favors keeping abortion legal.

The right wing is furious because medical abortions are hard to trace, meaning the unjust and punitive laws they have passed restricting medical abortion might be difficult if not impossible to enforce. Already modern-day Janes are defying the laws and have put together a proliferation of public resources available online so women can circumvent these laws.

Abortion on Demand and Hey Jane  arrange telemedicine or online consultations and mail pills from one of two mail-order pharmacies currently authorized to dispense that medication.

On-line consultants who know the ins and outs of specific state laws instruct those reaching out on how best to cross state lines to get an abortion or how to get pills forwarded through states without restrictions.

Pills from abroad cost a fraction of the U.S price

Some women get around state laws banning the pills from being shipped or prescribed, by getting their pills online from overseas pharmacies outside the jurisdiction of U.S. laws.

While the median cost of an abortion in the U.S. in 2020 was $560, websites such as plancpills.org, ineedana.com, pillsbypost.com, Women Help Women can send mifepristone and misoprostol via mail from Europe in a few days for about $150. If sent from India, the cost is $110 and the transit time 3-4 weeks.

Sites include information on how to take the drugs and testimonials from those who have taken them. Through Aid Access, which provides pills from Europe, you can now order pills to have on hand before you’re even pregnant.

Legal hotlines such as  https://www.reprolegalhelpline.org/, and ReproLegalHelpline.org can advise on legal rights.

Why the right wing will fail

This is some of what modern-day Janes have done.

While vitally helpful in themselves, the resources assembled in defiance of reactionary laws are also tools in the struggle to resist anti-abortion legislation. The fight for medical abortions is part of the struggle to make all abortion procedures fully legal, stigma-free, safe and easily available to all who need them.

These Janes are the tip of the iceberg of millions of Janes—the tens of thousands taking to the streets to defend abortion rights, the unsung friends who help other friends get abortions.

Modern-day Janes are showing that right wing efforts to take away a right so fundamental as bodily automony will always fail. Women and others seeking abortion have always found ways to get what they need and to help others, and they always will.