Roe reversed: How we got here, how to fight and win! 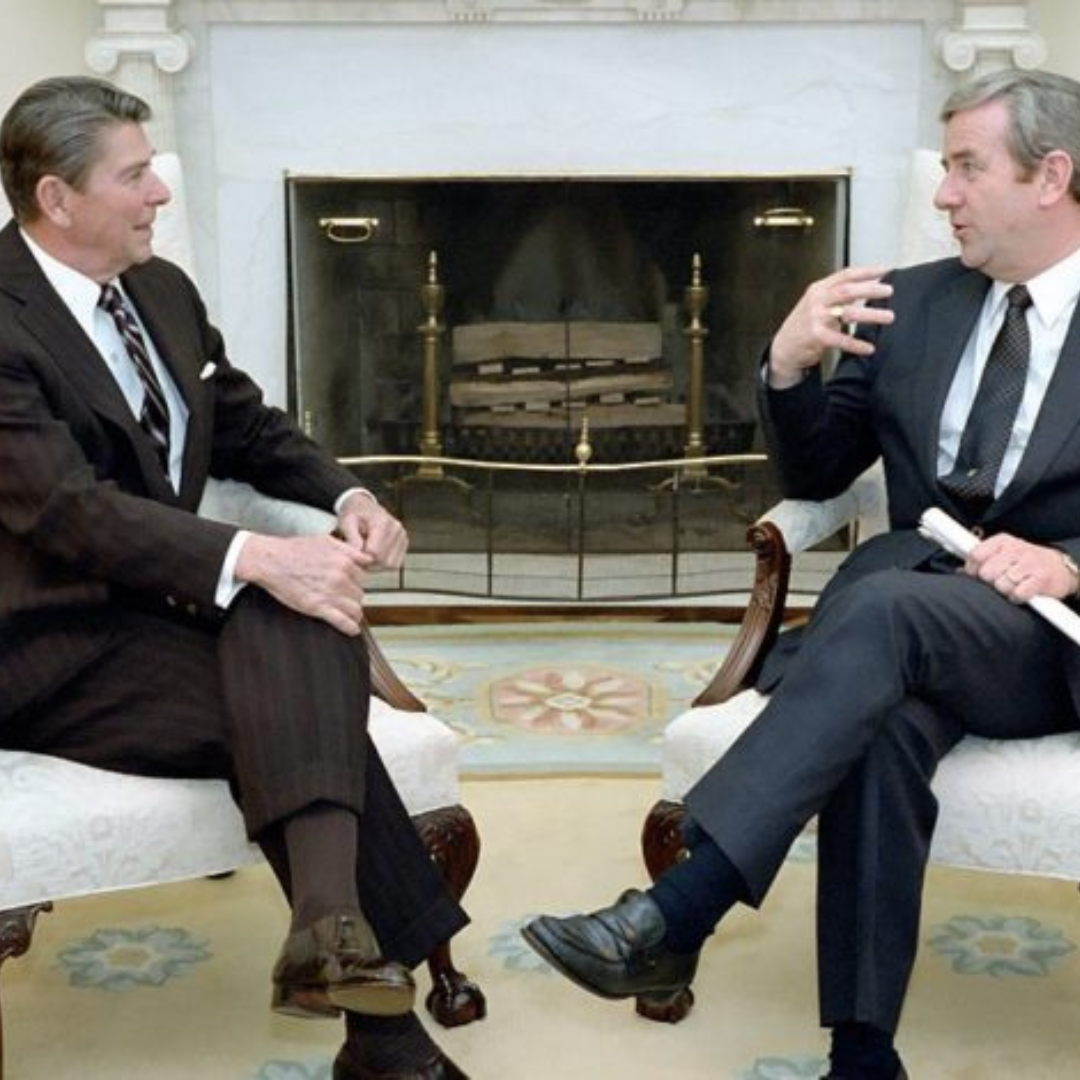 The following is based on a talk given by Karina Garcia at a June 28 national PSL webinar entitled “What’s next in the struggle for abortion rights?”-editor.

Following the Supreme Court’s misogynistic, anti-democratic decision to overturn Roe v. Wade, we are demanding that President Biden take immediate emergency action to guarantee access to this important and life-saving medical procedure in all 50 states.

The idea that the federal government can do nothing substantial at this moment, that its hands are tied, that we have to wait until November, is ridiculous and everybody knows it. It’s time for action.

The people in the streets know that this is a matter of political will. That’s why this message has been so welcome and popular.

I want to talk a bit about how we got here.

I’ve been working in reproductive justice for nearly 10 years, organizing in many different regions of the country, from the South, to the Texas border, to New York City. The truth is for the last 50 years the right wing has been steadily organizing and strategizing for this moment.

On the other side, the Democratic Party has proven time and time again that abortion rights are not a priority. Democratic politicians have had ample time to codify Roe into law, but they passed the buck, on and on, despite the demands of the movement. They have used threats to abortion rights as a political football to raise money and drum up votes. That strategy has led us to this moment.

As socialists right now, we have two main tasks — one is to build the movement. This means raising the people’s demands as far as possible and uniting as much as possible with other forces around these demands. It means resisting the defeatism of some non-profit organizations aligned with the Democratic Party. It means uniting with all of the people on the street who want to fight. (Donating to abortion funds is good and necessary. But not a substitute for a fighting social movement.)

The other task is that we have to raise political consciousness. This means helping people understand how it happened that Roe was overturned. It means explaining the systemic features and the political features that allowed things to develop in this way. This kind of consciousness is necessary if we are to rebuild a new feminist movement linked to a working-class agenda.

Beginning of a new era

We have to understand that with the overthrow of Roe, one era has ended and a new one has begun.

In the 1960s and early 1970s there were a slew of progressive reforms won for women’s rights, civil rights, expansions of social safety net programs, that all came out of the social movements of that period. But the moment those movements ebbed, there was a big backlash to try to overturn those gains won from the capitalist class, especially from the hard-right capitalists who wanted to go after labor unions and cut social spending and from bankers who wanted to de-regulate.

There was also a religious conservatism, based in the churches. The Catholic Church and the big evangelical churches opposed this U.S. cultural revolution and especially the women’s movement, which had challenged patriarchy and male supremacy in the home and in the community. This was a cornerstone issue for them.

This new sector within the Republican Party, which some people called the new right, married the two trends: fiscal or financial conservatism with religious conservatism.

It didn’t necessarily mean that people on Wall Street cared about abortion rights, but by producing politicians who could say the right words to the religious right they gained a mass base for their right-wing economic policies.

Ronald Reagan, who was President from 1981-1989, represented the fusion of these different trends with his relationship with the mega churches that called themselves the “Moral Majority.” Neither moral, nor a majority, they were duplicitous, shameless liars.

Ronald Reagan, famously said to these mega churches, “I know you can’t endorse me, but I endorse you.”

This unholy alliance made opposition to abortion rights a new litmus test within the Republican Party, along with opposition to regulation on corporations and anti-union politics. To advance in the political or judicial fields in the rightwing you had to have these politics.

These are the networks that groomed Supreme Court judges Brett Kavanaugh, Neil Gorsuch, Amy Coney Barrett, and Samuel Alito. These people have been vetted and groomed for this moment throughout their whole careers. They are the children of the conservative backlash to the social movements of the 1960s and 70s.

So this is about much more than just abortion. And all of this was all happening in plain sight. It’s not just the PSL that has this analysis. In fact, the Democratic Party leaders could also say how the Republicans have used the issue of abortion rights to divide and distract and scapegoat in a completely cynical manner to avoid the real problems of our society.

Democrats had many chances to codify abortion rights

But the Democrat’s answer to all of this is, and has been: Vote for us and we’ll keep the right wing from succeeding. That obviously has completely failed.

The greatest failing of the women’s movement throughout this period is that far too many progressive women’s groups actually believed these lies. They believed that if they had a seat at the table, or friends in high places, that abortion rights would be protected. They believed that mobilizing the masses of women and progressive people was not the priority, not effective, some would even call it a waste of time.

And so all this energy that could have been spent to revive a fighting women’s movement, was spent every two years on electioneering and lobbying.

It’s actually the right wing that has been more aggressive at the grassroots levels, has been taking up more public space, and dominating the narrative, even though they are outnumbered in every imaginable way!!

I take no joy in saying this, but we have to be honest.

Need for struggle to be inclusive, expansive

If this moment we’re in is going to be a true wake up call, we can’t just wake up and do the same thing we did that landed us here in the first place. The fight against patriarchy and capitalism continues.

In addition, abortion rights go beyond women, they impact trans men, non-binary people and honestly cis men too, because we are all part of a community, have family, chosen and otherwise.

As we are inclusive and expansive in this struggle, we also must recognize this struggle is historically rooted in fighting the patriarchal system’s desire to control women and their decision-making power.

This right to abortion in particular was won because of a powerful feminist movement that brought women who had been suffering under male domination as individuals into motion by the millions and made them a collective force. So we have to get out there this summer, talk to our people and keep the fight alive.

This is a dark time, but our movement has gone through darker times. Think about the many countries where abortion has been completely illegal, such as Mexico and Argentina, but through determined struggle, using a combination of aboveground and underground tactics, the women’s movement prevailed.

Why we can’t stop fighting

The main lesson here is we can’t stop fighting. Because as long as the conscious element commits itself to find a way to resist, to keep organizing the movement cannot be broken. It can be set back. But it can’t be defeated. Its only when the conscious element throws up its hands and says, “Well I’ll just go off by myself and give up,” only then is everything really lost.

We’ve seen people like ourselves who have braved even worse conditions than these, who have organized underground if need be — under conditions of outright dictatorship if need be — still emerge victorious because their will to fight was not broken.

So we cannot fall into despondency.

They want us to be isolated, alone, and distracted. But we’re going to be connected, disciplined, and sharp. It’s capitalism or it’s us. And we will continue to choose us!

All of us. All our issues. All of the working class. Ours is a popular feminism, a working class, revolutionary, socialist feminism that brings together all the struggles for the dignity of the people.

I want to close with an experience I had in 2016. We were at the Supreme Court with some of the reproductive justice organizers from Texas, fighting another Supreme Court case around abortion, Whole Woman’s Health v. Hellersted. The situation looked dire, and everyone thought we would lose, including many reproductive rights organizers. And we won!

Because we fought, Woman’s Health v. Hellerstedt, was a landmark decision, with the Court ruling 5–3 that Texas cannot place restrictions on the delivery of abortion services that create an undue burden for women seeking an abortion.

I’ve met women who have even swam across the border from the U.S. to Mexico to get health care there, and who have continued organizing under the most difficult conditions.

Since 2012, they’ve seen millions of dollars in funding for women’s health cut in their area. Reproductive health clinics that primarily served poor and working class women, trans youth and LGBTQ people forced to shut down. Have they given up? No. Have they stopped fighting? No. Their convictions are firm.

Just six years ago they were told it was all over. And the court ended up ruling in their favor.

Politics are not stagnant. Things can and do change. But we have to make them change. One way or another, we’re gonna do just that. And we invite everyone to join us.