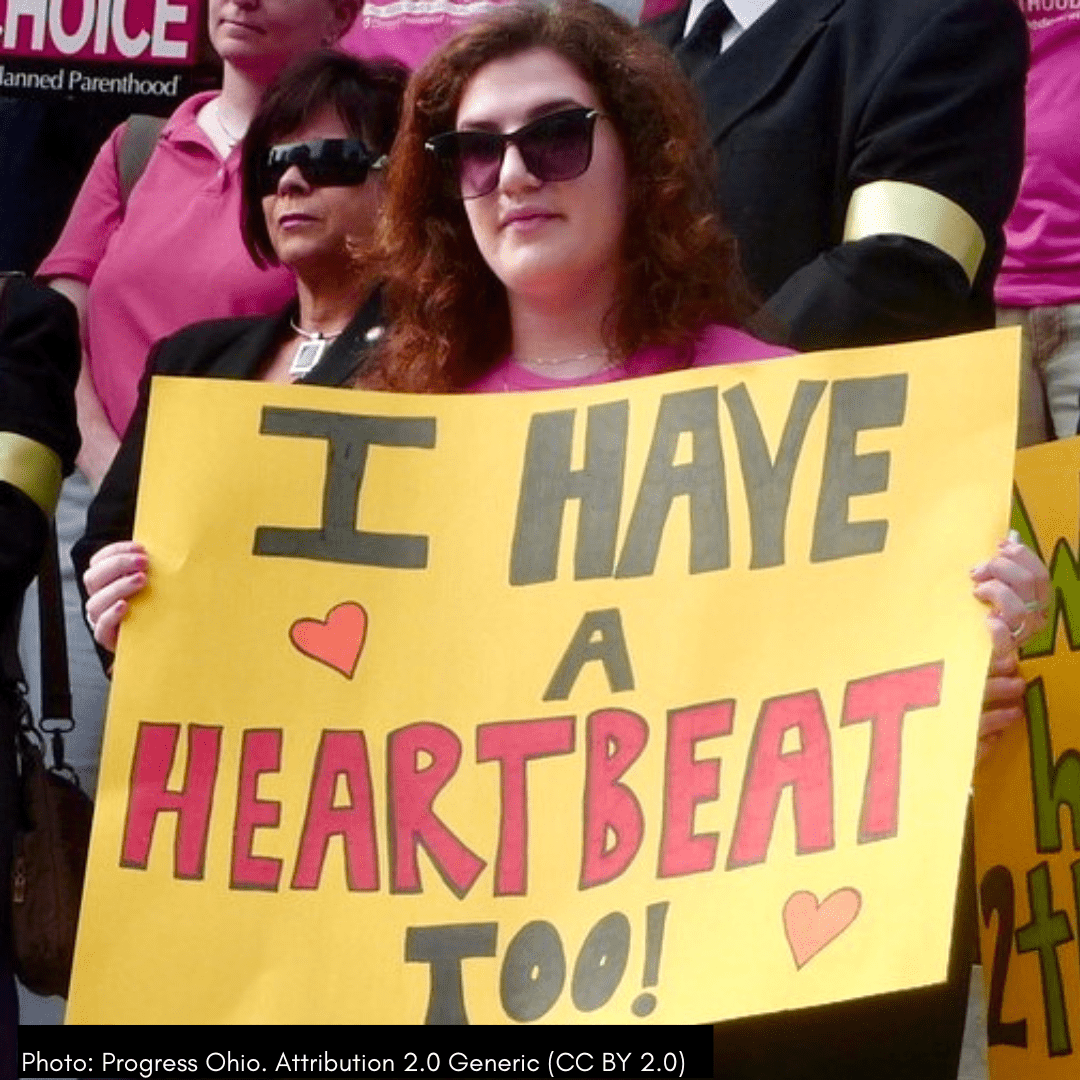 Only six weeks after the Supreme Court’s overturning of Roe v. Wade, women have been left to defend themselves in a battle for their own health. The court’s June 24 decision to dismantle all federal protections for abortion has had a cascading effect on reproductive and other health care by calling well-established medical procedures into question.

In states banning abortion, medical treatments are being limited not just in reproductive healthcare, but also in care for cancer and chronic diseases. Fearing felony charges, health care professionals in total-ban states are now often reluctant to perform important medical procedures or prescribe medications that could be skewed as harming a fetus, or potentially abetting an abortion.

For some of these conditions, abortion bans have tightened restrictions for prescribing the medications that treat them, such as methotrexate for rheumatoid arthritis. Other conditions, like certain forms of cancer, will now require a total delay of treatment until a patient is no longer pregnant.

This development reveals just how deeply misogynistic these abortion bans really are. The right-wing justifies this ripple effect of health care restrictions by claiming that they are a small price to pay for “saving” thousands of babies from abortion each year. But the impact on living, adult people is profound and inexcusable.

The drug methotrexate treats a variety of chronic medical conditions involving inflammation, like painful arthritis or psoriasis. It also happens to be able to terminate a pregnancy. Patients who have relied on methotrexate for decades with no issue are now being interrogated at the pharmacy counter or denied access all together.

Many pharmacists are asking for a statement from the patient’s doctor that the medication would not be used to induce abortion. Pharmaceutical giants Walgreens and CVS are telling their pharmacists in some states that before filling a prescription for methotrexate they need to verify that it is not prescribed to terminate a pregnancy.

One Missouri woman opted to start purchasing a more expensive version of the drug in hopes that it will make the pharmacy less likely to turn her away in the future.

Aside from the pain and complications of being denied essential medicine, being denied medication or paying a premium based on having a uterus is clear sex discrimination.

Cancer patients will also suffer from the restrictions on methotrexate and other treatments. While most pregnant cancer patients can safely be administered certain types of treatment without adversely affecting the fetus, a number of cancer treatments essential to a women’s health will harm the fetus. Now these treatments cannot be given during pregnancy.

“Sometimes, [care] involves discussion of abortion, to enable certain kinds of cancer treatment,” said breast cancer specialist Harold Burstein. In short, a mother with this type of cancer no longer has the agency to decide how she would like to continue treatment for her illness.

The United States already has the highest maternal mortality rate among developed countries and massive racial disparities in health care. Carrying a pregnancy to term in this country is 33 times riskier to a person’s life than having an abortion. If abortion was banned across the country, the resulting increase in pregnancies coming to term would lead to a 21% increase in the number of pregnancy-related deaths and a 33% increase among Black women, according to a recent study.

Those most likely to seek abortion are also those most at risk for pregnancy complications: poor women, women of color and those with chronic or acute health conditions. Forcing them to bring pregnancies to term will disproportionately increase deaths in these groups.

While abortion is not banned nationally, an examination of states where it is banned shows that abortion bans are already making it difficult for women to get appropriate miscarriage treatment.

People are now suffering worse health outcomes since Roe’s overturn, burdening hospitals that are already understaffed and overrun by COVID-19 cases. For example, Texas obstetrician Dr. Judy Levison noted that new practices in that state accordance with the abortion ban “nearly doubled the complication rate for the mother,” according to a recent study of two Dallas County hospitals.

The procedures for miscarriage treatment can be the same as those used to terminate a viable pregnancy. Until there’s no fetal heartbeat, doctors may not be able to treat a miscarriage in some states. The punitive nature of the bans on abortion providers forces doctors to be concerned first about legality rather than what is best for their patients. The result is worse health outcomes for pregnant people. This can be especially dangerous when miscarriages develop slowly.

A recent dire example showcases the danger of legal obscurity around what is now seen as “abortion-related” health care. With the overturn or Roe, Wisconsin triggered a total ban on abortion law implemented close to two centuries ago in 1849. Wisconsin’s abortion ban nearly led to a woman’s death last month after a hospital denied her care for an incomplete miscarriage and left her to bleed heavily for 10 days.

Doctors panicked over the legality of treating her incomplete miscarriage, which would involve expelling the fetal tissue from her body. Ten days later, she was seen by an obstetrician who diagnosed her bleeding as severe and noted a high risk of infection as a result of delaying the procedure. Thankfully, the woman survived.

Patients with ectopic pregnancy and premature rupture of membranes may experience significant delays in care because of the presence of a fetal heartbeat, putting the mother at risk for permanent infertility and loss of life. Obstetrician-gynecologist Dr. Carley Zeal said that another Wisconsin physician came to her when deciding how to treat an urgent ruptured ectopic pregnancy: “She knew exactly what she had to do because [the patient] was bleeding and was clearly going to die if nothing was done … But she wasn’t sure what she needed to document to be sure she wouldn’t be charged with a felony.”

As Texas obstetrician-gynecologist Dr. Jessian Munoz said, “the art of medicine is lost and actually has been replaced by fear.” Doctors may now delay treatment until a woman seems visibly endangered out of fear of felony charges.

Removing abortion as an option can endanger a woman in an abusive relationship by subjecting her to domestic violence. Women who are pregnant or recently gave birth are twice as likely to die by homicide than any other cause of maternal mortality, most often at the hands of an intimate partner.

For those who have been able to access it, advocates say that abortion has represented a lifeline — and often the safest option — for many experiencing intimate partner violence and struggling to get out of an abusive situation.

Abortion bans are causing severe emotional distress among women everywhere. Many women are feeling a loss of agency, fear for their health, or a lack of control over their own futures.

Racialized women may feel even further oppressed than ever before by the health care system, which too is governed by white supremacy and the profit motive.

There has been an increase in women and seeking sterilization out of fear of losing their access to contraceptives and becoming pregnant.

While these are all valid reactions to the current state of affairs and real problems that we must work around, a different reality is possible. These unjust laws are not set in stone.

The undemocratic Supreme Court and its defenders in the ruling class are a minority who have struggled for decades to achieve this post-Roe world. A handful of millionaires in government forced this radically unpopular policy onto tens of millions of people who support abortion rights. The misogynistic members of the Supreme Court minced laws, the U.S. Constitution, and legal jargon to match their own bigoted opinions — and those of their lobbyists — with no regard for how it would affect working-class people.

But the people can fight back. The recent victory in Kansas, where a major struggle was waged to defend abortion rights and an overwhelming majority voted to keep abortion legal, points the way forward.

The health of the nation depends on it.