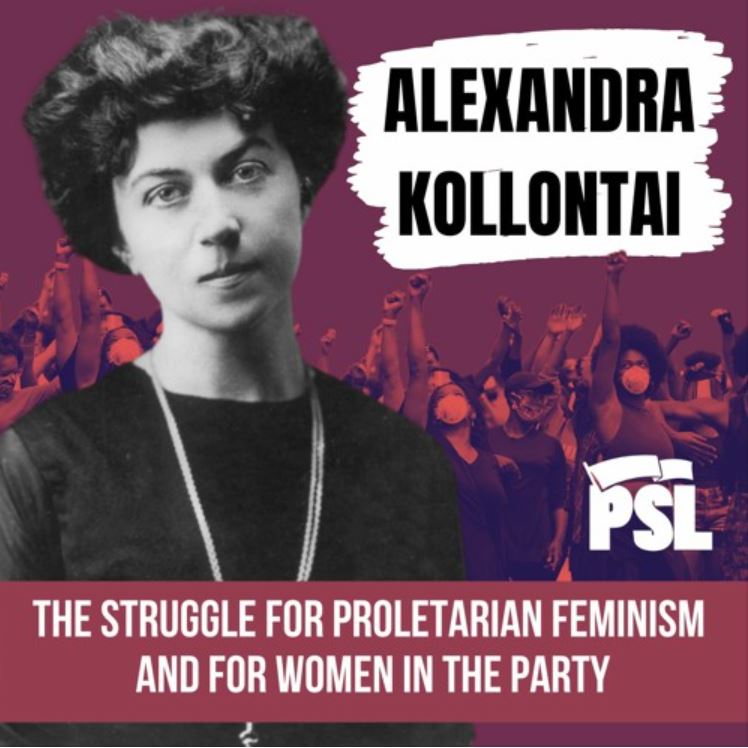 The following is the first of a two-part article based on a talk the author gave at the People’s Forum in July 2020. This first part focuses on Kollontai’s struggle for proletarian feminism against bourgeois feminism as well as her struggle to center gender equality within the party’s platform. Part two focuses on her writings on the family, love, and communism.

The Russian communist revolutionary Alexandra Kollontai lived from 1872 to 1952. Prior to the 1917 revolution, she was an active speaker, writer, and organizer in the socialist women workers’ movement in Russia and Europe. Kollontai was the first woman to be a cabinet official: she was people’s commissar for welfare in the first Bolshevik government after the October revolution. She also founded the new government’s “women’s department” (Zhenotdel), and was one of the first women to hold an official diplomatic post. More exciting than these official responsibilities were Kollontai’s revolutionary work and writing, which focused not only on the relation between the struggle for gender equality and socialism, but also the general role of love and solidarity in struggle. Attention to these can help us clarify our analyses and sharpen our politics today.

A Marxist committed to organizing women workers, Kollontai argued that women’s subordination was anchored in economic conditions; that is, in the conditions of “the production and reproduction of immediate life,” to use Frederick Engels’ formulation [1]. These conditions involve how both human existence is produced and reproduced and how the means of existence—food, clothing, shelter, tools, and so on—are secured and arranged. Women’s position in the economy—which includes the sexual division of labor in the family—determines women’s position in society. The repercussion is that women’s liberation depends on the elimination of capitalism, of class society and exploitation, and the communist rearrangement of production and life.