More than Lenin’s wife: The Lessons of Nadezhda Krupskaya 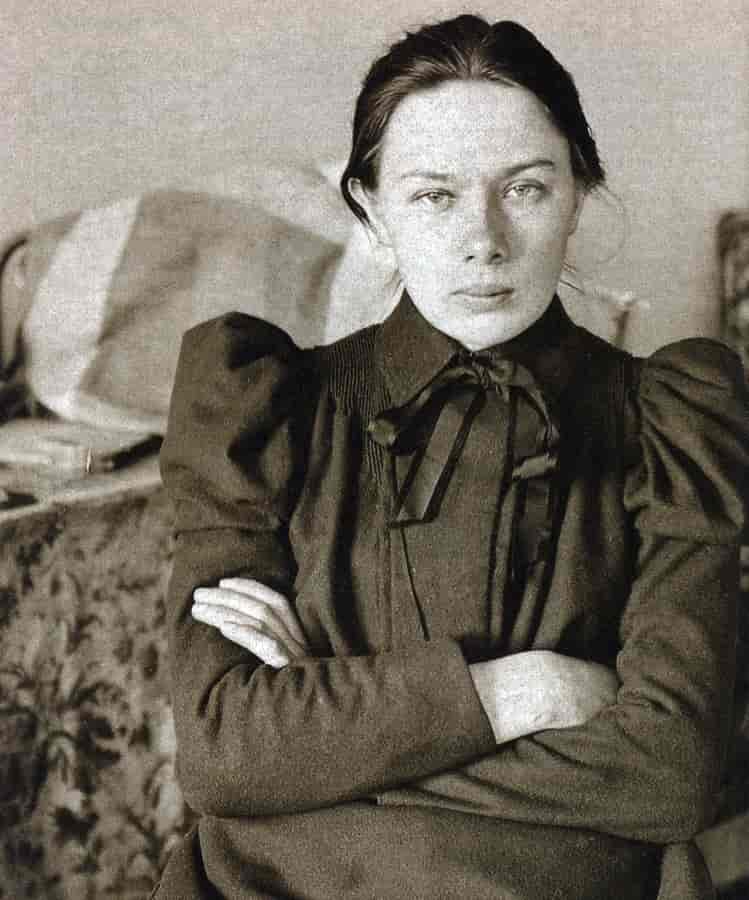 “Krupskaya, wasn’t she Lenin’s wife?” This question rings throughout progressive spaces everywhere. All too often Nadezhda Krupskaya is only referred to or known as “Lenin’s wife,” even among feminists and revolutionaries. While it can be frustrating to hear genuine revolutionaries and leaders ascribed the status of “wife” only, it also speaks to the way stories are told about women revolutionaries. For one, we retell these stories about women while knowing that working-class heroes are robbed of their nuanced histories and context. It is also our responsibility as revolutionaries to become better at telling the stories of working class heroes, especially women, as protagonists in changing history. It is one of the ways we can stay inspired to continue fighting for a socialist future.

As opposed to relegating Krupskaya to “Lenin’s wife,” let us revive the militant legacy that earned her the respect and admiration of her comrades as a central figure in the first successful socialist revolution in history. Nadezhda Krupskaya spent her entire adult life fighting for a socialist revolution in Russia. Following the victory of the revolution, she took on the task of organizing education across a vast country of peasants and workers who had received little to no formal education. She was a driving force for incredible changes, including mass literacy campaigns, a doubling in the number of schools, a tenfold increase in education spending, and the establishment of schools and programs for students with disabilities. Free and universal access to education for all children ages three to 16 was guaranteed by the revolution.

She was on the train with Lenin, Kollontai and others as they debated the circumstances of the February revolution. Lenin stepped off this train and delivered the April theses that shocked even leaders within the Bolsheviks as it called for the need for a socialist revolution to complete the democratic revolution at hand. This speech was no doubt influenced heavily by that train ride. In October 1917, Krupskaya argued for the seizure of power as part of a 7-person delegation from the Vyborg district to the Bolshevik Central Committee. As Judy Cox articulates in “The Women’s Revolution: Russia 1905-1917,” Krupskaya was among an important and sizable group of leading Bolshevik women who were activists and organizers central to the work of great revolutionary upheaval, despite often having to fight for that position even with male comrades.

Krupskaya was an educator to the core. A prolific writer, Krupskaya was on the editorial board of many revolutionary newspapers. She worked on thousands of pamphlets, articles and books throughout her life, and wrote in a noteworthy style accentuated by ease and accessibility. Teaching evening classes in a factory before the revolution, Krupskaya learned important skills in educating workers who had not received a formal education. Krupskaya constantly advocated for integrating our personal lives with the cause of building communism and making Marxism accessible to the workers. In her essay, “How Lenin Studied Marx,” Krupskaya writes “communism will not be something learned by heart but something which you have thought out yourselves.”

Krupskaya offered major contributions to educational theory and the women’s question. In her 1901 pamphlet, “The Woman Worker,” Krupskaya describes the poverty and suffering of women, the position of the woman as a member of the working class and how “all her interests are closely tied to the interests of that class.” Krupskaya also helped found International Women’s Day in 1910 with Inessa Armand and Clara Zetkin.

Writing clearly and passionately, Krupskaya advocated for transforming the school system into one that could serve the working class both in and out of school. In “The Woman Worker,” she contrasts schools under tsarist Russia with socialist schools as places that “will not only teach but will develop their [students’] potential, spiritual and physical, so that they are brought up as useful and energetic citizens.” After the 1917 Russian Revolution, Krupskaya became the deputy to the People’s Commissar of Education. Through initiatives such as the Young Pioneers Program, the library system, workshops and social work programs, she expanded education beyond the confines of a school building. In her work to eradicate illiteracy, Krupskaya launched adult education programs which provided 30,000 classes to peasants and workers throughout the Soviet Union.

While only providing a snippet into her life, I encourage all people who take seriously the task of transforming society to look into the life of Nadezhda Krupskaya and internalize the lessons of her life — communism, like education, is for everyone.