Assata Shakur: The making of a revolutionary woman 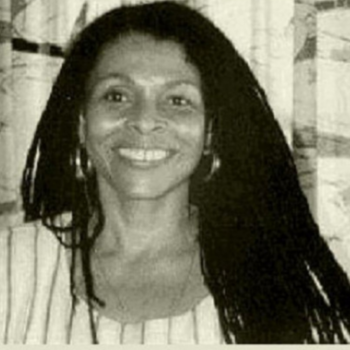 In commemorating Black August, we commemorate the struggle of those who have fought before us and faced violent repercussions from the state. We uplift the revolutionary history of the Black working class and its fundamental position in forging and leading the struggle for liberation for all. And we recommit ourselves to the struggle for Black Liberation and for the freedom of all political prisoners.

When I think of political prisoners, and when I think of those who have relentlessly committed themselves to Black Liberation, I always think of Assata Shakur.

From Assata’s story, we are able to learn what it means to be motivated by a deep love for the people and the struggle for freedom—and what it means to embody a determined and unbreakable spirit in the face of crackdowns and government repression designed to stifle and destroy the movement. Account after account from Assata’s comrades and fellow revolutionaries describe Assata as a light, a positive spirit who remained disciplined and committed to the struggle despite incredible hardships.

‘I wanted a name that had something to do with struggle’

Born JoAnne Byron, and married as JoAnne Chesimard, Assata Shakur changed her name in order to fully identify with the revolutionary struggles of her African heritage, and to honor her comrade Zayd Malik Shakur, who was murdered by state forces in 1971. She writes in her autobiography:

“I decided on Assata Olugbala Shakur. Assata means ‘She who struggles,’ Olugbala means ‘Love for the people,’ and i took the name Shakur out of respect for Zayd and Zayd’s family. Shakur means “the thankful” [1].

Born in Queens, NY, Assata Shakur was raised by her school teacher mother, her grandparents, and her aunt Evelyn A. Williams, a civil rights worker. From an early age, Assata’s family struggled financially, forcing her to run away frequently, often staying with strangers and working for short periods of time. After earning her GED, Assata went on to community college, and later The City College of New York, where she began her involvement in political activism. She participated in sit-ins, civil rights protests, and activism against the Vietnam War, first getting arrested with a hundred others after chaining herself to a building in protest of a lack of Black faculty and Black studies programs at the age of 20.

Coming of age in the 1960s and 70s, conditions were ripe with struggle on all fronts—from the Stonewall Rebellion to the Women’s Rights Movement to the Civil Rights and Black Power movements—conditions to politicize. After college, Assata moved to Oakland, CA, where she joined the Black Panther Party, participating in defense programs for the Black community. Some years later, she returned to NYC to lead the BPP in Harlem, coordinating programs like the famous Free Breakfast for Children program.

Assata studied the movements of oppressed and colonized people across the globe, and understood the common thread, as she elaborates on in her autobiography: that to rid the world of exploitation meant we must rid the world of capitalism. As she wrote about her radicalization:

“There was not a single liberation movement in Africa that was not fighting for socialism. In fact, there was not a single liberation movement in the whole world that was fighting for capitalism. The whole thing boiled down to a simple equation: anything that has any kind of value is made, mined, grown, produced, and processed by working people. So why shouldn’t working people collectively own that wealth? Why shouldn’t working people own and control their own resources? Capitalism meant that rich businessmen owned the wealth, while socialism meant that the people who made the wealth owned it” [2].

Assata knew that the internalized narrative that we, as oppressed peoples, and particularly Black people, just had to “make it” or “climb the ladder” could not and cannot be the basis of our total liberation as a people, because “anytime you’re talking about a ladder, you’re talking about a top and a bottom, an upper class and a lower class, a rich class and a poor class,” and “as long as you’ve got a system with a top and a bottom, Black people are always going to wind up at the bottom” [3].

Assata knew we cannot elect or reform our way to freedom. She teaches us that in order to win our freedom, we would need to fight in the same way people across the globe have fought throughout history—through a socialist revolution. A revolution in which the power is held in the hands of the majority, the workers who create the wealth of society, in order to create a world in which the needs and well-being of the people are planned for and prioritized.

COINTELPRO, the government counterintelligence program of the 60s and beyond, was created with the intention to “expose, disrupt, misdirect, discredit and otherwise neutralize” Black nationalist and Black liberation organizations and their leaders [4]. It is now absolutely clear from FBI documents that since at least 1971, the FBI, in cooperation with the state and local law enforcement, conducted a campaign to specifically criminalize, defame, harass and intimidate Assata Shakur. The U.S. government saw Assata’s dedication to the cause and leadership within the Black sovereignty movement as a threat to the internal security of the United States.

In 1971, Assata and her two comrades Sundiata Acoli and Zayd Shakur were pulled over by state troopers for a faulty tail light. The state troopers quickly escalated the situation, likely because they knew exactly who they were pulling over, drawing their guns and pointing. With her hands up, Assata was shot in the stomach. A shootout ensued, and the night ended with Assata’s comrade Zayd Shakur and one of the state troopers dead.

While forensic evidence backed up her account, Assata Shakur was sentenced to life plus 33 years in prison for the murder of a police officer, a crime she didn’t commit. Her trial and conviction were a result of the government conspiracy to destroy Black freedom fighters and the movement for liberation from capitalism. Along with her comrade Sundiata Acoli, Assata was thrown into prison—a men’s prison—where she faced, according to her attorney, the worst conditions that a woman prisoner had ever faced in the history of New Jersey. To this day, Acoli remains a political prisoner. The next time he’s eligible for parole he’ll be 94 years old.

Assata’s revolutionary spirit was not broken. She ultimately escaped from prison, and today lives in exile under the protection of socialist Cuba. The government crackdown on Assata Shakur and others who struggle for liberation makes clear one of the hardest lessons necessary for revolutionaries to learn: the revolutionary struggle must be scientific, rather than emotional. This does not mean decisions can’t be influenced by love or anger; Assata and others were guided by a deep love for the people. Rather, our struggle must be based on the objective conditions, rooted in analysis of the historical and contemporary contexts.

Assata learned that no one has ever gotten their freedom by appealing to their oppressor; she learned that our oppressors are never going to give us the education needed to overthrow them. She learned that socialism isn’t just a white man’s concoction, because she studied the works of African revolutionaries and the goals of African liberation movements, as well as those of other colonized places. She learned that socialism was not an evil ideal designed to strip us of our freedoms, as we are told; because Assata knew that under capitalism, we don’t have any freedoms but to starve, to be homeless, or to be thrown in jail for being poor. Assata teaches us all that socialism can and will be achieved when the oppressed peoples of the world join together in struggle for a future free of exploitation.

This Black August, we are challenged to honor, learn from and continue the work of those who have struggled before us. In order to win, as Assata taught us, we must understand the role of discipline, the role of organization, and the need to stay in the streets to demand and fight for the society we want to see. As Assata herself said