From Struggle to Militant: A Revolutionary Story Ep. 8 Sameena Rahman 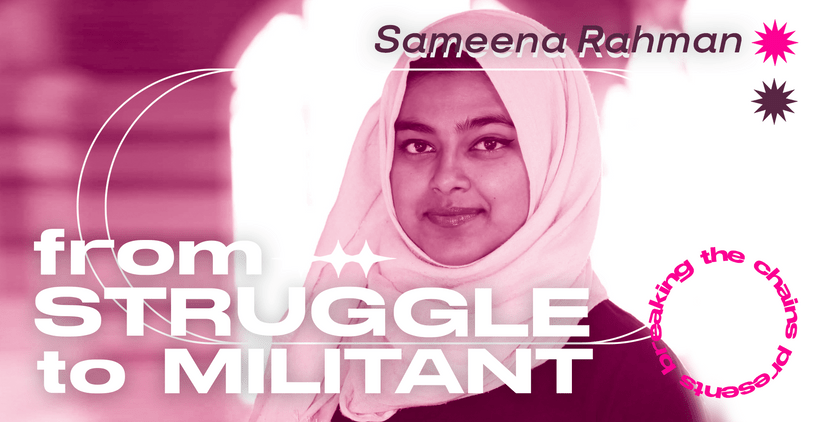 In episode 8 of From Struggle to  Militant: A Revolutionary Story, we interview Sameena Rahman.  As someone who grew up in Saudi Arabia, she was aware from a young age about the disparity faced by poor Brown people compared to the others. Her parents always encouraged her to help donate money whenever possible, which instilled a duty to serve. With that, she set on the path of becoming a physician to serve people. Along the way, she learned about ways to serve people beyond science and medicine, which informed her political interest, particularly the Iraq war of 2003. She became very disillusioned by systems as thousands of innocent people were being killed in a senseless war and that got her interested in journalism. When she came to the U.S. for college in 2012, she saw the parallels between the disparity and mistreatment of poor Brown people in Saudi Arabia to the oppression of poor Black and Brown people in this country. Additionally, as a public health graduate student she learned about the interconnectedness of healthcare struggles with so many other struggles. All these different experiences led her to join the PSL and fight against all kinds of oppression, be it war or systemic poverty or healthcare inaccessibility.