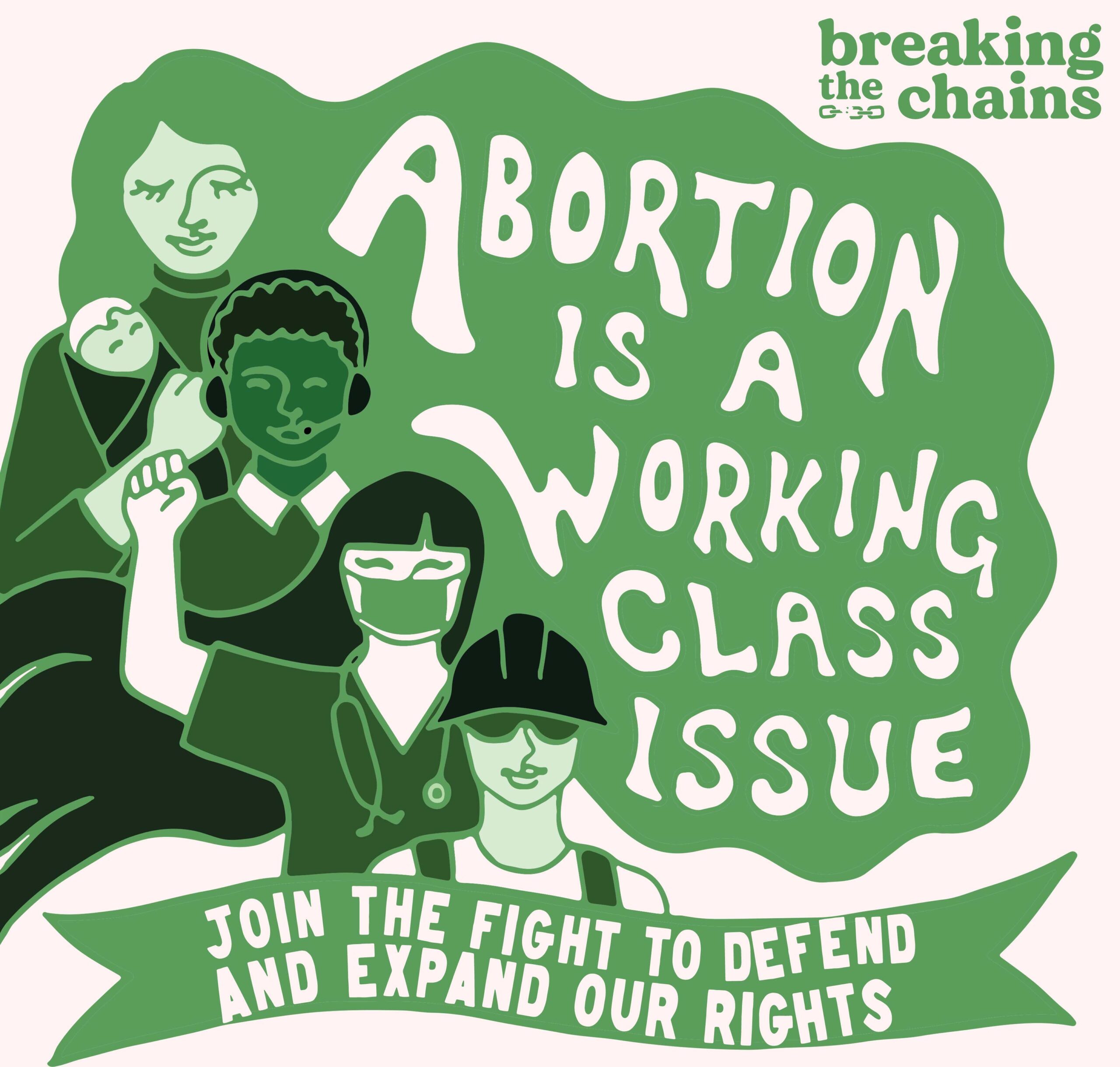 The 50th anniversary of the landmark Roe v. Wade decision is both a bitter reminder of the cruelty of the current right wing-dominated Supreme Court, and a moment to recommit ourselves to the fight for abortion rights. The right wing is moving aggressively to shred women’s rights, but they are opposed by the vast majority and they can be defeated with fierce resistance. The mass sentiment in defense of abortion rights has already defeated the far right in state referenda in “blue” and “red” states alike, but to win back and extend this right requires continuous grassroots organizing and a return to powerful, large-scale mobilizations.

The decision last June to overturn Roe stripped the rights of millions of women and all those who need abortion access in this country, and opened the floodgates to outright bans at the state level. The consequences over the past seven months have been clear. These bans include “heartbeat” bills, waiting periods, excessive requirements for clinics, etc. and also new county-level restrictions, state budget cuts to reproductive care and bans in state constitutions to this crucial procedure. These new attacks have included trying to prohibit federally approved abortion drugs from being delivered through the mail to those who can’t afford to travel to a clinic. Thirteen states had “trigger laws” in place to prohibit abortion once the Supreme Court ruling was announced.

The impact of these bans has been devastating. In 2020, according to the Guttmacher Institute, 89% of U.S. counties already did not have a clinic that provided abortions. Since the Supreme Court decision in Dobbs v. Jackson Women’s Health Organization, even more clinics had to close. Now nearly 50% of U.S. women 15-44 live in a county without a clinic that provides abortion. In addition to the logistical and legal hurdles of accessing this procedure, massive inflation has made the financial burden that much heavier on workers.

Overturning Roe and the elimination of abortion is intended to be a first falling domino in a wave of attacks on working-class and oppressed people. Alongside the bans on abortion, in 2022, nearly 300 anti-LGBTQ bills were introduced in state legislatures, primarily targeting trans youth. This term the Supreme Court will be ruling on Moore v. Harper, which could give state legislatures unchecked authority over elections including the power to dramatically reduce Black voting power through gerrymandering. The right of workers to go on strike is now threatened in the Glacier case.

The Democratic Party has completely failed to defend these fundamental rights when in power. It was only in 2017 that Nancy Pelosi, then Speaker of the House, called abortion a “fading” issue as she campaigned for anti-abortion Democratic candidates. In 2022, despite having the presidency and the majority in Congress, Democrats failed to pass the Women’s Health Protection Act, which would have made abortion a federally protected right.

When Roe was overturned in June of 2022, there were a number of executive actions President Biden could have taken to protect the right to an abortion, such as declaring a public health emergency and opening facilities on federal land to provide abortion care in states with bans. Instead, Biden and the Democratic Party essentially held abortion rights hostage by refusing to take these concrete actions while trying to manipulate people into voting for them in November. Undoubtedly this did indeed drive millions to the voting booths, and helped prevent a sweeping Republican victory; but again the Democrats have no fighting program to deliver.

When we look for solutions, we should look at ourselves. The right to abortion was never a gift from a benevolent politician or group of judges. It was the outcome of a movement of millions to demand equality.

That fighting spirit has not disappeared. Even before the Supreme Court decision in June there was spontaneous resistance. From mass protests at state houses to disrupting fundraisers for crisis pregnancy centers to building networks to support those seeking abortions, the people fought back, and this still continues. What has been missing are powerful and sustained mobilizations — the mainstream reproductive rights organizations did not use their considerable infrastructure and resources, for instance, to call for millions to come to D.C. after the Dobbs ruling was first leaked. Such actions had played a pivotal role in shaping the national discussion and pushing back the far-right in decades past.

But in the critical months last year, these organizations projected a defeatist line that downplayed protests, and emphasized instead preparation for a post-Roe world. Years of solely relying on Democratic Party “friends” and legal strategies to defend abortion rights, combined with the NGO-ization of the women’s movement (converting it into a career rather than a cause), produced catastrophic consequences. The grassroots resistance from below was far more energetic and militant than the leadership of the paid activist organizations who had fundraised tens of millions of dollars supposedly to lead this critical fight.

The truth is that the majority of Americans support the right to abortion. Just weeks after the Supreme Court ruling, Kansans mobilized and nearly 60% voted to protect the right to abortion in their state’s Bill of Rights. Michigan with 57% of the vote, California with 67% of the vote, and Vermont with 77% of the vote amended their state constitutions to enshrine the right to abortion. While abortion was made illegal in Kentucky due to a trigger law following the Supreme Court decision, 52% of voters rejected an amendment stating that no right to an abortion exists under the state constitution, providing a legal opening to challenge the state ban. An anti-abortion measure targeting doctors was rejected by 53% of voters in Montana.

In the start of 2023, there is resistance in New Mexico to the county bans along the border with Texas and the South Carolina Supreme Court overturned the state’s ban on abortion after six weeks, ruling it violates an individual’s right to privacy. Activists throughout Texas are mobilizing to stand against anti-abortion bills in the state, which hit poor and working-class women of color the hardest.

The right wing, with the Supreme Court as their weapon of choice, is on the offensive against women’s rights and the rights of all oppressed people. We need to rise to meet their challenge and repel it. The threat is real, but so is the opportunity for mass organizing. The majority of the people, tens of millions across the United States, are on our side. We believe that we will win!