Women On The Frontlines: An interview with Gloria La Riva 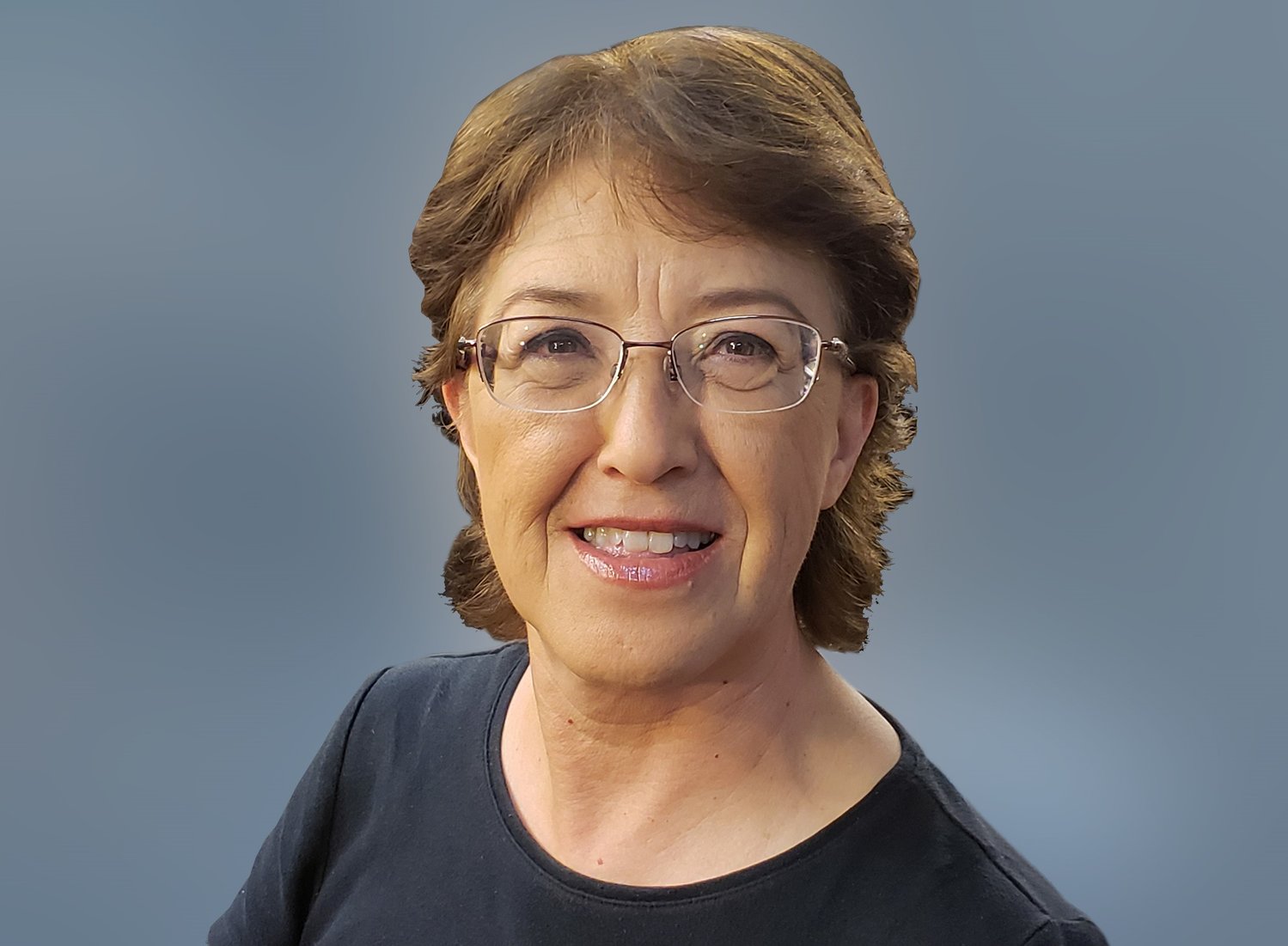 This interview was conducted for Breaking the Chains (Vol. 2, No. 1): “Women Resist the Poverty of Capitalism” released in 2017

Gloria La Riva was the Party for Socialism and Liberation’s 2016 Presidential Candidate. Gloria is a labor, community, and anti-war activist based in San Francisco, California.  Born in Albuquerque, N.M., Gloria attended Brandeis University where she was active in affirmative action struggles.  She has been a key organizer of many mass demonstrations opposing the wars and occupation in Central America, Iraq, Palestine, Afghanistan, Yugoslavia and elsewhere.  Gloria has worked for decades to defend Cuba’s sovereignty and against the U.S. blockade. She was awarded Cuba’s Friendship Medal in 2010, approved by the Council of State, for her many years of Cuba solidarity, and is the national coordinator of the National Committee to Free the Cuban Five.  Gloria has produced many videos including the award­-winning video, Genocide by Sanctions: The Case of Iraq, documenting the effects of the U.S./UN blockade on Iraq.  She is the elected Executive Vice President of the Pacific Media Workers Guild, Communications Workers of America, Local 39521.  Her solidarity has extended to all struggles including immigrant rights, labor rights, fighting racism, supporting LGBTQ rights, and any issue that adversely impacts poor and working people all over the world.

BTC: How would you describe the state of women in the United States today?

Gloria: Despite significant social gains made by women in the 1970s due to the women’s struggle of the time, in reality economic equality still lags far behind.

And now our social rights as women are heavily under attack. The attacks on reproductive rights, and the right to abortion specifically, is underway on every level, federal, state, judicial, congressional. We can’t forget the “Hobby Lobby” U.S. Supreme Court ruling that said the owner of a corporation could deny his workers contraceptive coverage in their healthcare plan because of the owners’ religious belief! How can a woman’s access to health care be denied because of one’s religious views? That’s not freedom of religion, that is imposing one’s religion on another!

Fortunately, in June 2016, the U.S. Supreme Court ruled that the extremely onerous requirements for abortion providers in the Texas case “Whole Woman’s Health v. Hellerstedt” were unconstitutional. It was a huge victory. But now, the Texas government plans to deny Medicaid funding to Planned Parenthood. Other states are also cutting funding to that vital institution for women’s health. More reactionary bills and legal challenges are coming down the pike.

Poverty is a major crisis that tens of millions of women face. Besides the economic deprivations, poverty also exacerbates other problems in life, lack of funds for childcare, health, domestic violence, stress.

BTC: Should women be worried about their rights and social and economic gains under the incoming Trump administration?

Gloria: Trump’s presidency and his recent picks for his cabinet represent an extreme right-wing administration. From an anti-labor secretary of labor nominee who is against a minimum-wage increase, to the anti-woman and anti-LGBTQ Vice-President Mike Pence, to Dr. Ben Carson as head of Housing and Urban Development. Carson made it clear in his own 2016 campaign that he opposes “all entitlement programs.” And, of course, there’s the extreme misogynist, Trump himself. These right-wing individuals and more spell danger for women and all working-class people.

Women are especially vulnerable when it comes to economic issues. Trump’s intentions are to give even more tax breaks to the billionaire and millionaire class. This will mean less government funds for badly needed social programs.

What it means is that we the people must organize in every town, campus and city, every state, across the country, to fight back without letup. The time is now.

BTC: What can we as women do to fight Trump’s agenda?

Gloria: The first night after Trump’s election, and days following, the majority of the thousands of protesters were young women, of course in unity with men. They were extremely diverse and united demonstrations.

We need to revive a militant women’s movement in the streets, workplaces, campuses and everywhere. We cannot depend on the Democratic Party—and certainly not the Republicans, either—to protect our interests. Women are everywhere in the struggles today. Just look at the low-wage women workers in the fast-food industry and other workplaces like Walmart. Not one politician in office led the fight for $15 an hour minimum wage. It was the women and men who risked their jobs to go on strike, to protest and raise their profile to demand a more livable wage.

Women have already been active, in challenging the anti-abortion laws, mobilizing against domestic violence, for equality. But I believe it takes an understanding that it is only by our efforts that we can win any gains. It will really not do, to work for the next two or four years to campaign and put one’s efforts into another politician’s election.

I encourage women to look at the “Seventies” segment that focused on women on CNN to see how dynamic and militant much of the women’s movement, what the huge challenges were then. That history certainly had its shortcomings, especially when it needed to embrace and incorporate women of color, working-class and poor women’s involvement much more. But the strongest part of that struggle was when it was independent, when women organized, mobilized, spoke for themselves, and showed the power of women.

The women’s movement needs to be actively involved in unity with other struggles, against police brutality, racism and white supremacy, for LGBTQ equality, for workers’ right to a union, for our environment, for Standing Rock, against war and occupation, on and on. But I don’t see these movements in a segmented way, they are in many ways integral to each other.

We need to revive an independent and militant spirit, and I believe with so many young women in motion today, it is very encouraging.

BTC: Why did you run for office? What did you want to accomplish? What were the tenets of the campaign?

Gloria: As a long-time socialist activist, I have run for office before, for governor and president in 2008. This year I ran for president in probably the most important year for socialist activists and socialism. It was a campaign year when the ideas of socialism were more widely discussed, in large part because of Bernie Sanders’ identity as a “democratic socialist.” But it is also a time in which we have seen much greater poverty among tens of millions of people, the greatest gap between the ultra-rich and the working class.

Officially, half of the U.S. population is poor or near-poor. As a member of the Party for Socialism and Liberation, for 2016 I was on several state ballots as presidential candidate for the PSL, in Vermont for the Liberty Union Party, and in California for the Peace and Freedom Party, all socialist parties. I received over 74,000 votes.

As a woman who has certainly had my share of low-paying jobs and who grew up in a working-class family, who is Latina, whose mother is an immigrant from Mexico, I was very glad to be able to represent the struggle for socialism in the electoral arena. With my comrades and many volunteers, we reached tens of thousands of people who are active in their communities or entering activism for the first time, and don’t want to be fooled again by Democrats or Republicans. We are all already engaged in so many struggles across the country, against police brutality, the Fight for $15, for women’s and LGBTQ rights.

Of course we didn’t expect to win or even come near in votes. After all, it is a tightly controlled electoral system designed to keep the capitalists in power.

And yet, it was extremely important for our campaign to go state to state, city to city, to meet the people who want a real change, not the change that capitalists promise, only to see that promise disappear in thin air after election day. No, we mean the change that comes from a mass movement of the people, like the great struggle of African American people in the South to defeat Jim Crow segregation.

One critical struggle that has rocked the establishment is the Standing Rock resistance against the Dakota Access Pipeline. After months of a very difficult struggle by thousands of Native people from hundreds of tribes, and many supporters, the Army Corps of Engineers was finally forced to back down, at least temporarily. And when you see who is at the camp, Native women of all ages are on the front lines, too.

Our campaign was centered around a popular 10-point program that was easily accessible to people on-line. It called for a job; free and universal health care; free education through university; housing; for an end to U.S. wars, sanctions and occupation of other countries; fighting to end police brutality, racism and mass incarceration; for rescuing the environment through the end of fossil fuel use; nationalizing the banks; and true equality for all, for immigrants, women, LGBTQ, the disabled.

BTC: What would a La Riva presidency look like in the first 100 days in office? How would it differ from past administrations?

Gloria: The very first day we would free Leonard Peltier, Mumia Abu-Jamal, Mutulu Shakur, Chelsea Manning, Oscar López Rivera, and a Puerto Rican woman whom most people don’t know about, Ana Belén Montes, and many more political prisoners. There are many emergency decrees that could be implemented. A true Department of Justice could be used to prosecute the oil and gas companies and other polluters and to act against the banks whose criminal and speculative practices were a cause of the Great Recession and economic crisis for millions of people.

Theoretically, a president could use the power of the executive branch to carry out important measures for the people. But our reality is that we live in a system where all the power is arrayed against the masses. And it will take a revolution of the people, and a radical reorganization of society. Socialism means that the right to a job or income for those who can’t work, health care, education, housing, equality, is each a true right and not some abstract idea.

Until a movement of millions rises that unites all our causes against the capitalists, the rich and their political institutions will continue to try to drive us down with their power.

We need a new system, a socialist system, that would provide for the basic needs for all people, and more. Imagine a society where all parents would be entitled to quality childcare for free, provided as a basic human right, where everyone would have a home, where there would be true peace with justice, because the U.S. military presence would disappear from abroad, so the peoples of the world could determine their own destiny.

Our election campaign was a call to action today and far beyond the inauguration of Trump, who is simply the next CEO of the capitalist system. Women can and will make the difference. And I encourage the readers of our magazine to get involved with us. You don’t need any experience, just the will to organize and win!