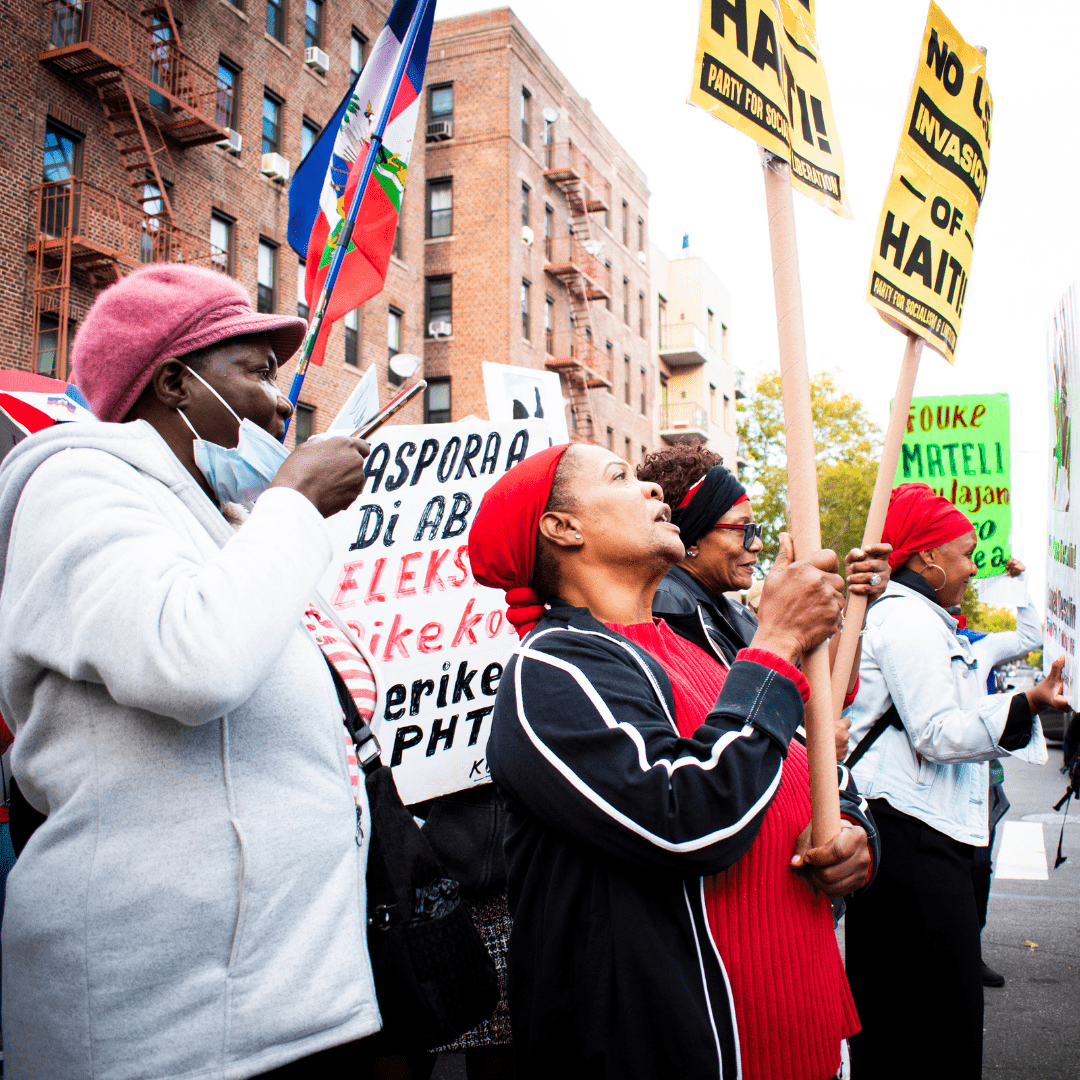 In the last two weeks, the United Nations has published two devastating reports about Haiti: one on worsening hunger and another on the increase in sexual violence stemming from paramilitary activity. Both reports address the disproportionate impacts these crises are having on Haitian women and children and how their compounding impact has resulted in a dire situation. However, in both reports, the United Nations totally fails to address the root cause of the crises facing the people of Haiti: imperialism. As progressive people have come to expect, the largely empty solutions proposed by the two reports either miss the mark entirely or would only serve to exacerbate the crises.

Over recent years, in the midst of political instability and a vacuum of effective leadership, paramilitary violence has created an alarming situation for Haitians. Large sections of the country are currently controlled by paramilitaries that are actually deeply embedded into the military, police and political elite of Haiti—making life unbearable for the masses of people already struggling to survive. Since August 2021, there has been a 40% increase in reported cases of gender-based violence stemming, in large part, from increased paramilitary presence.

The U.N. report notes that “gangs use sexual violence to instill fear.” It is the horrific truth that paramilitary forces are using sexual violence as a terror tactic against women, children, LGBTQ people and vulnerable men in Haiti. But these are not “gangs” engaged in random violence; they are organized political actors using sexual violence for political aims. To understand the political role of paramilitary violence in Haiti requires a class analysis that the U.N. report totally neglects. In Haiti, sexual violence is organized and perpetrated by armed elements, linked to elite interests, in order to bolster their positions of power and expand and consolidate control over poor and working class areas of the country.

Egregious acts of rape and other forms of sexual abuse are deliberately used against kidnapped women, girls and children to corner families into paying ransom. In many cases, for safety, women and children are pressured to remain in their homes, preventing them from attending school and to work-related responsibilities. But simply staying home isn’t effective in the face of paramilitary home invasions. Family members have been forced to watch their loved ones be violated, and in some cases be killed. Further compounding the crisis, the Haitian healthcare infrastructure is ill-prepared and poorly equipped to respond to the basic needs of its population, let alone provide specialized medical care for victims of sexual violence.

Widespread impunity has enabled paramilitaries to continue to commit acts of sexual violence and other human rights abuses against the Haitian people. The influx of high-caliber weapons into Haiti is further fueling the epidemic of sexual violence under the Henry regime. But these weapons don’t materialize out of thin air. The weapons used by Haitian paramilitaries come mainly from the U.S. and through ports linked to major industrialists. Indeed, there is a long history in Haiti of paramilitaries linked to various elite interests and political actors, propped up by US imperialism, allowing for the expansion of terror.

With many women unable to work for fear of their safety, family incomes have been drastically impacted. This all comes within a larger context of extreme economic vulnerability; under the current and former U.S.-backed administrations, poor and working class Haitians face increasing poverty and food insecurity, fuel shortages and the crushing devaluation of the national currency. Inflation has soared as high as 26%, resulting in drastic price increases for essential commodities and basic services, and food inflation has soared up to a whopping 52%. As an import-dependent country, importing nearly 70% of its food needs, Haiti is suffering from the global war-spawned food crisis. It doesn’t need to be this way. Haiti is an agricultural hub, but imperialist economic policies have left it dependent on imports rather than free to develop food sovereignty.

Over the last few years, the number of people across Haiti in need of humanitarian assistance has nearly doubled—from 2.6 million to 4.9 million. Around 4.7 million people are facing acute hunger in Haiti, and for the first time ever, nearly 20,000 people are considered, by the United Nations, to be facing catastrophic levels of hunger. This unrelenting series of economic-related crises, coupled with the increased levels of violence, further depriving Haitians of access to work, markets, health and nutrition services, has left vulnerable Haitians trapped in a cycle of growing desperation. Women and children have been experiencing the sharpest impacts of these crises.

The U.N. report draws important attention to compounding crises that are making life unlivable for the Haitian people. But it refuses to name U.S. support for the misleadership, corruption and exploitation of the current government as the root cause of the worsening conditions.

In just the last week, hundreds of thousands of Haitians have taken to the streets of Port-au-Prince to denounce the harsh reality festering under the current administration of Ariel Henry. Henry, appointed as Prime Minister and de-facto President of Haiti by the Core Group in the aftermath of the assassination of former President Jovenel Moïse, has no popular legitimacy among the Haitian people. The demand on the lips of Haitians in the streets is for Henry to step down from power. Henry only remains in power because of the support he is receiving from Washington.

Neither Henry nor any of his U.S.-backed predecessors have made any meaningful strides to resolve the crises plaguing the people of Haiti. Most recently, Henry requested military intervention from the United States and other foreign powers as a means of “addressing” the challenges facing Haiti. In reality, the hunger and violence facing women in Haiti is caused by the long history of occupation, intervention and propping up of misleaders by powerful Western outsiders.

Another military intervention would only bring more weapons, more repression and more foreign military fighters to an already violent situation in Haiti. It would further prop up and stabilize Ariel Henry’s regime and serve to further oppress Haitian women amongst others.

A brief review of the United Nation’s history in Haiti would show that any intervention would bring no humanitarian relief at all. The United Nations is no friend of Haiti. While the organization acknowledges the scale of the humanitarian crisis, it fails to name either the true cause or any viable solution to the crises, giving cover to U.S. and other Western imperialist intervention efforts.

The future of Haiti must be a future for Haitians, and no foreign intervention will ever bring Haitians the sovereignty they need and deserve. Only by uplifting the demands of the Haitian people against Henry and intervention, and by respecting Haiti’s right to sovereignty and self-determination, will the women, children and people of Haiti see relief from these cascading crises.