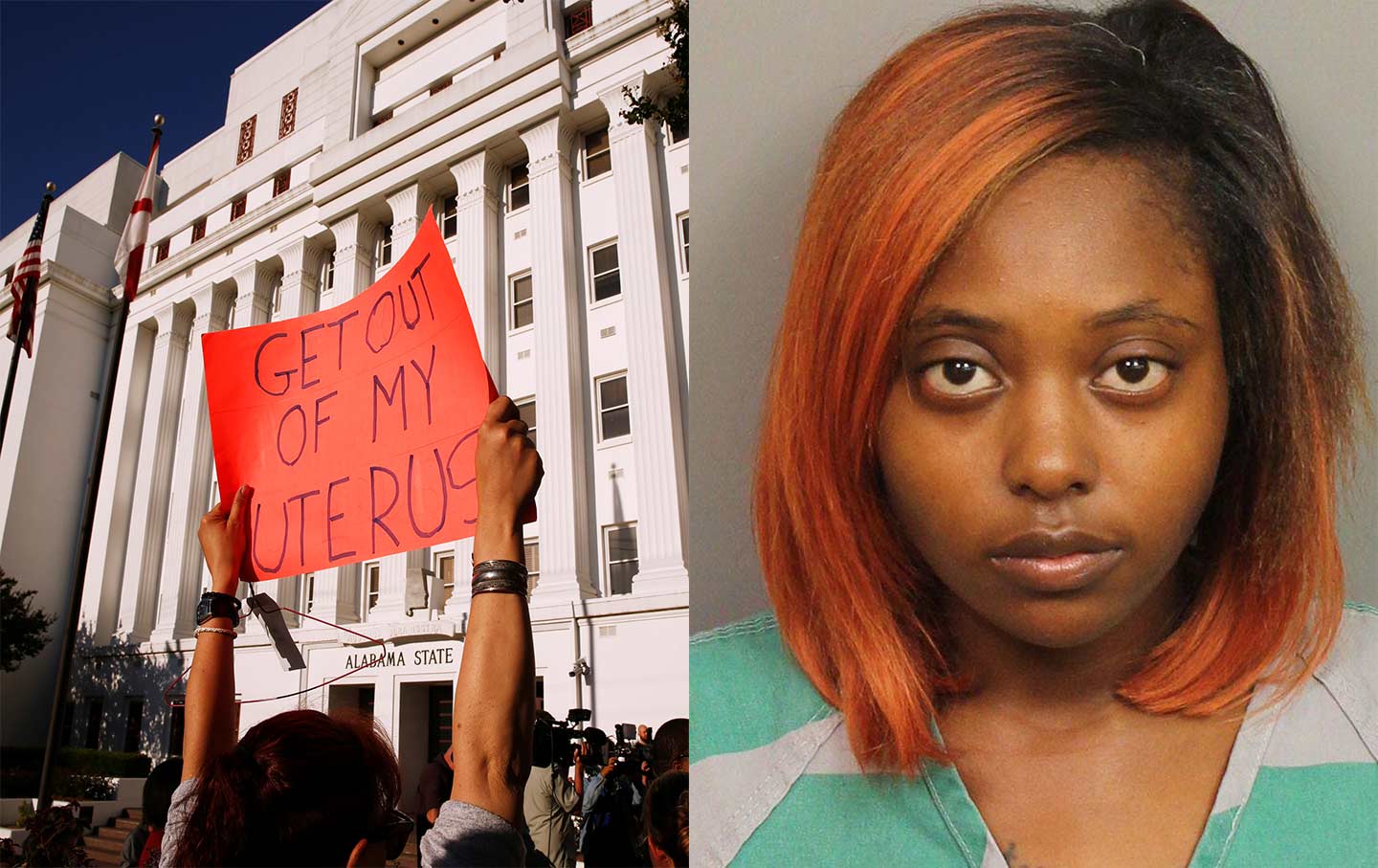 The recent indictment of Marshae Jones, a 27-year-old pregnant Black woman, sparked a fierce response across the country. She was charged with manslaughter when a stray bullet struck her abdomen, causing her to miscarry. Massive public outcry forced the DA to drop the charges on July 3. The fact that she was even charged in the first place is evidence of the continued racist and sexist attacks against working people.

On Dec. 4, 2018, Jones, five months pregnant at the time, was involved in an altercation with another woman, Ebony Jemison, that ended in gunfire. Outside of Birmingham, Ala., the two women confronted each other, and Jemison fired a warning shot. The bullet ricocheted off the ground and hit Jones in the abdomen. A grand jury charged Jones with manslaughter for the loss of the fetus, holding Jones accountable because she allegedly provoked the incident.

This incendiary indictment marks a fresh level to the ongoing attacks on women’s rights. Women’s and reproductive rights groups throughout the Southeast United States immediately responded. Indicting a Black mother for the loss of her child due to gun violence is undoubtedly a politically charged decision. In the wake of an ultra reactionary and anti-woman wave sweeping the nation, the charges served to further expand attempts to criminalize miscarriage.

Asserting the personhood of the fetus, Pleasant Grove Police Lt. Danny Reid condemned Jones: “The investigation showed that the only true victim in this was the unborn baby. It was the mother of the child who initiated and continued the fight which resulted in the death of her own unborn baby. She had no choice in being brought unnecessarily into a fight where she was relying on her mother for protection.”

Reid characterized a fetus as a baby, as fetal personhood laws and right-wing rhetoric continually do. Fetal personhood laws, like the law in Alabama, elevate the rights of a developing fetus over the rights of the living, breathing woman carrying the fetus. These laws are part of a larger right-wing campaign against reproductive rights that have, over the last decade, sought to decrease access and undermine the right to abortion.

Jones was the victim of gun violence. However the fight started or escalated, wanton gun violence is plaguing our country—not reckless mothers. Ironically, gun ownership is currently less regulated than abortion and women’s reproductive rights at present.

It is also ironic for the police to act as moral authorities in a case of gun violence. This highlights the brutal, repressive role of the police in working class communities of color. By the logic of Lt. Reid, pregnant mothers in war-torn territories should likewise face criminal charges for putting their fetuses at risk. Pregnant women and mothers under U.S. occupation or in U.S. war zones, like Jones, have no control over violence they face.

The political agenda of reactionary forces attempted to morph this tragic incident into another anti-abortion and anti-woman legal precedent. Speaking before the charges were dropped Amanda Reyes, executive director of the Yellowhammer Fund, illustrated the slippery slope pregnant women face, “Today, Marshae Jones is being charged with manslaughter for being pregnant and getting shot while engaging in an altercation with a person who had a gun. Tomorrow, it will be another Black woman, maybe for having a drink while pregnant. And after that, another, for not obtaining adequate prenatal care.” An egregious legal overreach, the implications of this charge put pregnant women at risk of facing criminal charges for miscarriage. Purvi Patel, of Indiana, was the first woman in the United States to be charged, convicted and sentenced for miscarraige in 2015. She is not the only one. Kelli Leever-Driskel was also charged in February of 2018 under the same Indiana law and is in prison today.

Contradictions swirl around this case and expose the fragility of reforms protecting women’s and reproductive rights. The wanted pregnancy of Marshae Jones was tragically ended and she undoubtedly continues to grieve her loss now intensified by the spurious charges brought against her which put her in the national spotlight.  She is a victim not only of gun violence, but of a bigoted and misogynist system that subjects women of color to second-class citizenship and tries to assert the rights of a fetus over the mother.

Thirty-eight states recognize fetuses as homicide victims; Alabama also charges more women with crimes related to pregnancy than any other state. One of the possible charges women face is “chemical endangerment.” Women are disproportionately punished for drug usage in a web of laws that increasingly ensnare mothers. Facing long prison sentences discourages mothers from seeking help and ultimately further jeopardizes their health.

Mothers are not solely responsible for the safety and health of their children or their developing fetuses; environmental and societal factors contribute more to a child’s overall health than any individual choice. Working-class women, particularly women of color, struggle to maintain a minimum standard of living and are punished for subjecting their children to poverty. Companies, however, are not charged with manslaughter for polluting our environment and causing cancer rates to skyrocket in poor working class communities, as is the case in Louisiana’s ‘Cancer Alley.’

While the District Attorney Lynneice Washington denies any connection between Jones’ indictment and the recent Alabama abortion ban, both are a reflection of a greater trend against women and reproductive rights. Policies, rulings, and laws are a reflection of societal attitudes and the ruling class exercising its power. Progressive policies are won on the blood and sacrifice of militant movements, but reactionary policies can quickly replace whatever reforms are won. This is why we need revolutionary change to change the system.

Despite the monumental victory Roe vs. Wade represents, a coordinated wave of attacks are more than chipping away at one of women’s fundamental rights. This raises the question, how can women permanently protect their rights? Only a socialist system will guarantee the rights of women and people of color and protect abortion access by making it one part of universal healthcare along with prenatal care, birth control and other essential services.