SCOTUS to consider abortion ban, now is the time to organize! 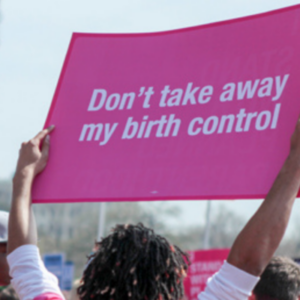 On May 17, the conservative majority Supreme Court agreed to review a case challenging the state of Mississippi’s ban on abortion after 15 weeks of pregnancy. The Mississippi ban had  already been deemed unconstitutional by two lower courts in response to a suit brought by the Center for Reproductive Rights on behalf of the only abortion clinic left in Mississippi, the Jackson Women’s Health Organization.

Reproductive rights advocates warn that this ruling by the Supreme Court has the potential to upend nearly 50 years of precedent set by the landmark decision Roe v. Wade. The 1973 Supreme Court decision instituted a woman’s right to abortion based on the right to privacy.

As Nancy Northup, President and CEO of the Center for Reproductive Rights explains, “The consequences of a Roe reversal would be devastating. Over 20 states would prohibit abortion outright. Eleven states —including Mississippi— currently have trigger bans on the books which would instantaneously ban abortion if Roe is overturned.” People living in states hostile to abortion access would face even broader barriers to care than they already face now. Costs of the procedure, costs to travel across states and even across state lines, childcare if they already have children, loss of income from taking time off work, finding and paying for transportation and housing and post-procedure costs would all ultimately make abortion inaccessible to all but the most privileged.

A decades-long right wing assault on reproductive rights has led to this point, endangering  women and anyone at risk of facing unwanted pregnancy, particularly poor and working class people. Reactionary forces have attempted to deny women the right to abortion as well as birth control and accurate sex health education while also criminalizing miscarriage. The Mississippi ban, like many others imposed in states over the course of the last 5 years was explicitly written to invite a legal challenge and bring a ruling on abortion rights to the Supereme Court.

The Trump administration’s appointment of three deeply conservative justices to the Court, Neil Gorsuch, Brett Kavanaugh and Amy Coney Barrett, increased the likelihood that the court would side with reactionary anti-woman forces. The three of them now set the court at a 6-3 conservative supermajority and each of them has a record of acting as anti-abortion reactionaries, particularly Barrett, who once signed a letter calling Roe v. Wade “barbaric.” In the fall of 2020, when Barrett was first confirmed, many worried that her presence on the Court could be the final push over the ledge toward massive rollbacks on abortion and reproductive healthcare rights. Justice Clarence Thomas signalled his commitment to overturning the right to abortion in a July 2020 dissent on a SCOTUS decision blocking a Louisiana abortion ban. Among other anti-abortion phrases, he wrote, “Today’s decision is wrong for a far simpler reason: The Constitution does not constrain the States’ ability to regulate or even prohibit abortion. This Court created the right to abortion based on an amorphous, unwritten right to privacy,” and, “Our abortion precedents are grievously wrong and should be overruled.”

Wide popular support continues to hold for Roe v Wade. A 2019 NPR/PBS/Marist poll found that 77 percent of respondents agree the Supreme Court should uphold Roe, and only 13 percent said it should be overturned. Despite mass support for Roe v Wade, reactionary forces have whittled away reproductive rights with unfavorable court decisions, TRAP laws, so-called heartbeat laws, attacks on Planned Parenthood and so on, in tandem with a “culture war” mass movement that is capable of mobilizing masses of reactionaries in the streets.

The mainstream women’s movement, the leadership of which is tied to the Democratic Party, has pursued a largely electoral and judicial defensive campaign against an anti-abortion movement. At the same time, grassroots groups have organized abortion funds, clinic escorts, childcare and transportation for poor women whose access to abortion is largely non-existent but for these grassroots efforts. We are seeing increased calls to counter the far right—not on their terrain with moral arguments or the language of choice—but with unity and militancy. We must not be afraid to use the word “abortion”. Abortion is a common medical procedure, demonstrated by the fact that nearly one in four U.S. women will have an abortion by age 45. We can use this knowledge and the knowledge that Roe v Wade is widely popular to struggle from a position of strength and popularity.

The right-wing justices and their anti-abortion sentiments certainly pose a great danger to right to abortion. The decision to hear the Mississippi ban case indicates a real possibility of the overturning of Roe v Wade. But it is not a done deal. The Supreme Court is a particularly reactionary institution that has historically sided with the wealthy and powerful against the interests of working and oppressed people. But it has also shown itself to be a deeply class conscious institution that can be influenced by mass movements, particularly when they are militant, well-organized and affect a sea change in mass consciousness. The Civil Rights movement of the 1950s and 1960s forced the ruling institutions to undo Jim Crow apartheid. Roe v Wade itself was the product not of a liberal Supreme Court or establishment politicians but the women’s movement itself.

Dobbs v. Jackson Women’s Health Organization will be considered during the court’s next session beginning later this year and a decision shouldn’t be expected until June of 2022. It would be a grave mistake to give up hope and focus only on what a post-Roe America might look like. Instead, this news must be understood as a call to organize. In order to ensure reproductive and sexual healthcare for women, we must revive the militant movement that made Roe v. Wade possible. We must organize for more expansive access to care that centers poor, working class, and women of color who are disproportionately exploited under the sexist, racist, capitalist system.

Abortion rights are part and parcel of healthcare and of a women’s right to control her body. Like birth control, access to accurate sexual health education and more, abortion is part of reproductive healthcare that should not be reserved for those wealthy enough to be unaffected by state abortion band and TRAP laws. We not only need access to safe abortions, we also need access to universal healthcare more broadly, higher wages, childcare services, and adequate housing. These issues are intrinsically tied to one another. With this in mind, we must continue the legacy of the militant women’s movement with political education, direct action, mass mobilization and more not only to defend what exists but to win what is right and necessary for working class women.