Supreme Court eviscerates abortion rights, the time to fight back is NOW 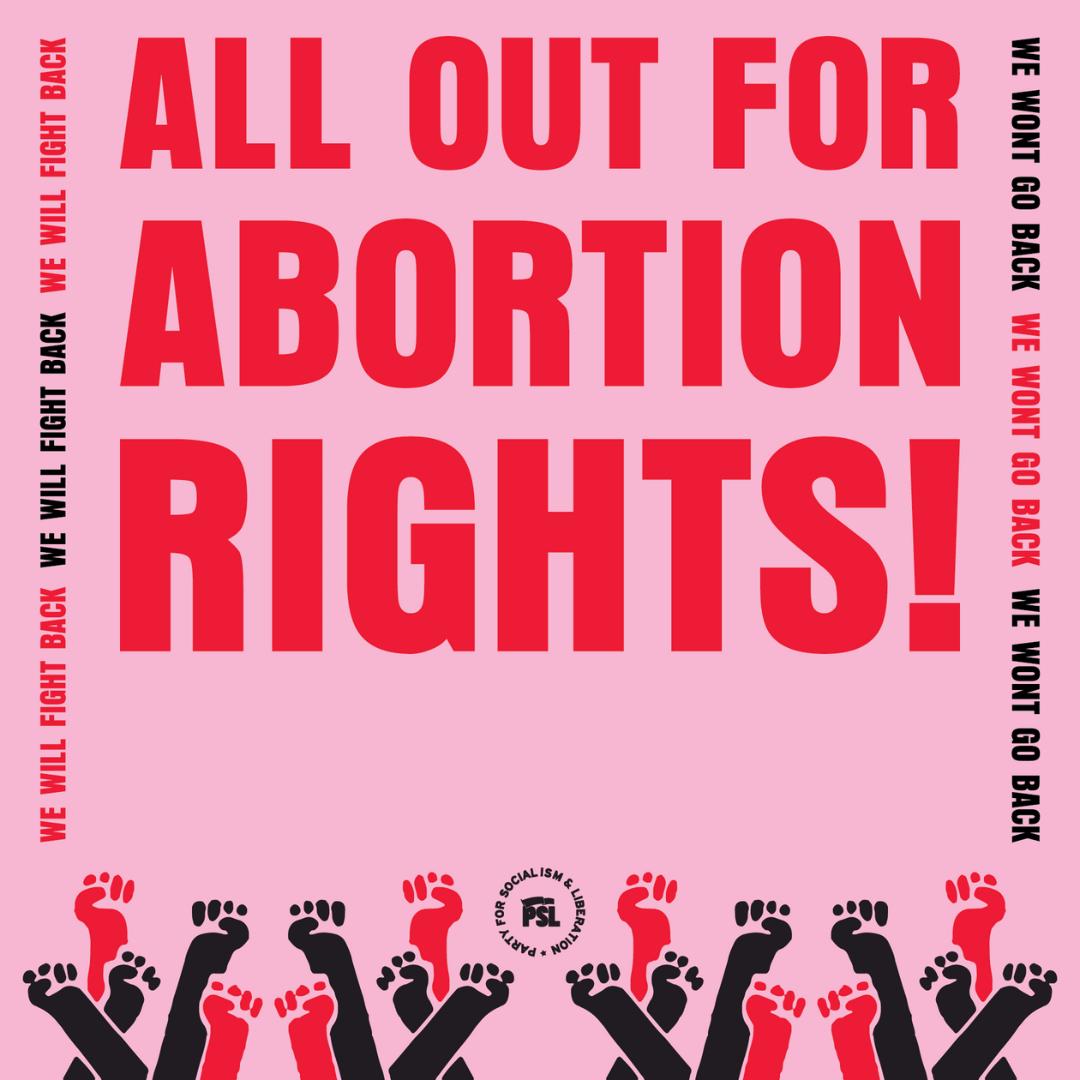 With outrageous disregard for women’s equality and bodily autonomy, the Supreme Court ruled 6-3 to overturn Roe v. Wade, reversing the lower level court’s decision in Dobbs v. Jackson Women’s Health Organization. Nine unelected judges, appointed for lifetime terms, should not have the discretion to eviscerate the rights of hundreds of millions of people in the United States. The consequences of the Supreme Court’s decision are dire – we no longer have constitutional protections for our right to control our own bodies!

Justice Thomas states, “That 50 years have passed since Roe and abortion advocates still cannot coherently articulate the right (or rights) at stake proves the obvious: The right to abortion is ultimately a policy goal in desperate search of a constitutional justification.” We must not stand for this contemptuous treatment of a life-saving healthcare procedure!

The Dobbs ruling could be used to justify overturning more of our human rights, including the right to contraception (Griswold v. Connecticut in 1965), same-sex marriage (Obergefell v. Hodges in 2015), and laws banning same-sex sexual relations (Lawrence v. Texas in 2003). This is a walkout moment. It is time to hit the streets!

The only reason abortion rights were achieved in the first place was because of the struggle of tens of millions of women demanding justice in the 1960s and early 1970s. The people’s struggle will be the path to win and secure abortion rights and all other rights once again.

The Supreme Court has time and again proven itself to be an enemy of the people and an enemy of democracy, from upholding slavery and Jim Crow laws to upholding anti-gay “sodomy” laws. This time is no different – over 72% of Americans oppose the overturning of Roe v Wade, which effectively legalized abortion in the entire U.S. in 1973. Nine undemocratically appointed judges, serving lifetime terms, should not have the power to deny our human rights, our right to participate equally in society. The Supreme Court should be abolished.

The overturning of Roe in the case of Dobbs vs. Jackson Women’s Health Organization will set off trigger laws in 13 states banning abortion; another 13 states are likely to ban abortion now that federal abortion protections have been destroyed. Many of these state laws will make abortion a felony, and do not provide exceptions in the case of rape or incest. In Oklahoma, abortion bans are set to start from the moment of fertilization. This utter disregard for the bodily autonomy of women and other people who can become pregnant is shameful.

Abortion bans will not stop abortions, they will only stop safe abortions. Before Roe, women had abortions. Many working-class women resorted to dangerous self-abortions while others paid for expensive, and also often dangerous, illegal abortions. Today, the availability of medication abortion has the potential to eliminate the dangerous “back-alley” abortions that characterized the pre-Roe years, but right-wing attacks on medication abortion mean in some states, organizers and everyday people will be forced to defy or circumvent restrictive state laws to access abortion pills. This increases the dangers of criminalization and incarceration.

The fight is not over! We must continue to expose the hypocritical nature of the right-wing forces we face. We demand abortion rights on the basis of equality and bodily autonomy! The Supreme Court does not represent the majority of the country. We refuse to let nine unelected, unaccountable judges decide our fate.

If lawmakers were actually “pro-life,” they would not put women’s lives at risk by banning a life-saving healthcare procedure. They wouldn’t endanger children by failing to act on the crises of child homelessness and the infant formula shortage. They wouldn’t eliminate the child tax credit or cut social service funding in schools. If they were truly “pro-life” they wouldn’t promote legislation that prevents transgender youth from obtaining life-saving healthcare services.

For far too long the Democratic Party has treated women’s rights as a bargaining chip and we will no longer allow that to happen. The failure of the Democratic majority in Congress to pass the Women’s Health Protection Act, which would have enshrined abortion rights into law, highlights that the only way we can win the rights we deserve is through mass movements and mobilizations.

Now more than ever we cannot sit back and despair. We must take to the streets across the country and make it clear that we will not accept this. We won’t go back. We WILL fight back! As iconic Black feminist Florynce Kennedy said, “When you want to get to the suites, start in the streets.”