Violence and sexual labor under American imperialism: A case study of Lola Rosa 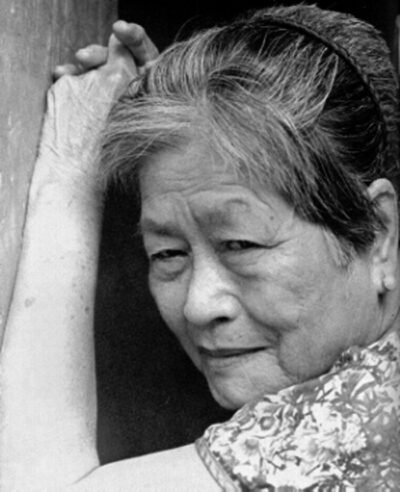 Maria Rosa Henson (“Lola Rosa”) was a World War II Filipina war heroine and liberation fighter. She was a member of the Hukbalahap (Huk) guerilla army in the Philippines, fighting against the 1941-45 Japanese occupation.

Lola Rosa’s grandmother, Carmen, was born under the period of Spanish colonialism, and grew up under American imperialism. Carmen gave birth to Lola Rosa’s mother, Julia, outside Manila in 1907, under the American occupation. The family was so poor that their small hut could not keep them dry during the rainy season.

Julia, like most women, was deprived of an education and forced to work long hours in the home, isolated from her family and friends. At 13, she was sent to work as a maid for landlord Don Pepe, who raped her for the first time at 15 years old. Her parents and her nine brothers and sisters depended on Julia’s domestic labor to support everyone.

Julia became pregnant with Lola Rosa. Born in cycle of rape, victimization and domestic labor, Lola Rosa tried to break the mold. She was first in her class at Catholic school and intended to be a doctor.

On December 10, 1941, when Lola Rosa had just turned 14 years old, the Japanese Imperial Army invaded Luzon. Lola Rosa was kidnapped and gang raped while collecting firewood with her uncles. She joined the Hukbalahap (Huk) guerilla army fighting against the occupation. She played a variety of roles in the guerilla struggle until she was captured by the Japanese and tortured for nine months.

Across Asia, the Japanese imprisoned approximately 200,000 women as sex slaves, which they called “comfort women.” The survivors and their families have yet to be compensated for this labor and have received no restitution for the crimes that they suffered.

Still, Lola Rosa remained dedicated to the armed struggle for Philippine independence. She learned the Japanese language. One day, while serving tea to a Japanese captain, she overheard a colonel say in passing, “[w]e will set fire to Pampang.” Later that morning, Lola Rosa noticed an old man that lived in Pampang. When the guards turned their heads, Lola Rosa whispered to him, “Tonight your barrio will be burned… Get out of there.” Everyone was safely evacuated because of her warning message.

Lola Rosa was freed shortly after during a guerilla attack.  She did not go public with her story until many decades later in 1992, and she was the first to do so. Lola Rosa was the first to tell her story publicly but certainly not the only one to have suffered at the intersection of imperialist violence and patriarchy. Her story is indicative of the ways in which colonial and imperial forces have used sexual violence as a tool.

Women played critical support and leading roles in the national resistance that has shaped the history and the present of the country. The Philippines national liberation struggles are interconnected with the fight against imperialism and patriarchy. The legacy of the militant fighters like Lola Rosa lives on in the struggle against the neocolonial dominance the United States has over the Philippines.