Women on the Frontlines of COVID-19 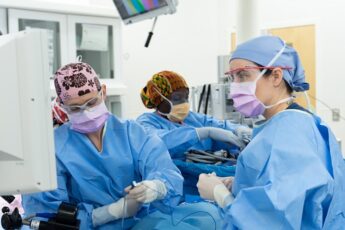 While the COVID-19 crisis continues to escalate across the United States, more and more workers are being backed into life or death situations. The crisis is not simply a result of the virus itself but the lack of material governmental response. Many workers, impacted by cuts in hours, job losses or mass school closings are now struck by deep financial precarity, unsure of where next month’s rent money will come from. The lowest paid and most oppressed workers have been hit the hardest.

For working-class women, the Coronavirus crisis has only exacerbated the already-existing fault lines of gender, race and class. Women workers face some of the greatest risks while also being on the frontlines of the crisis. The industries deeply affected by the virus like the service sector, domestic work, and childcare are disproportionately staffed by women. Seventy percent of restaurant servers, 92 percent of childcare workers and 93 percent of domestic workers are women.

The need for serious relief is compounded by the fact that the millions of workers across industries hit hard by the crisis already lived precariously. These are the same industries in which many live paycheck to paycheck due to disproportionately low wages, and often lack mandated paid sick leave, time off or health insurance. Thus, working-class women have been left dramatically and disproportionately unprepared for the ensuing economic crisis.

For parents, and particularly single parents, the struggle to find daycare amidst mass school and daycare closings has similarly prompted a worker scramble. Low-income workers still managing to get hours, and unable to simply take time off or leave their jobs entirely, often have no choice but to leave their children with elderly grandparents who are at a higher risk of complications if they contract the virus. Faced with the decision over whether to keep a roof over their heads or face the potentiality of contracting COVID-19, many workers have had no choice but to take the risk. Healthcare workers are also having to make heartbreaking decisions in order to care for their own families and keep them out of harm’s way by isolating themselves from families.

For those without housing at all, the struggle between human need and profit is undeniably clear. Women are amongst the fastest growing sector of homeless people in the United States and 67 percent of homeless families are headed by single mothers. While the number of empty homes across the nation outnumbers those experiencing homelessness 6 to 1, the homes remain vacant, despite the threat of the coronavirus. Some amongst the homeless population have begun to seize and occupy idle homes in various cities, citing the governmental failure to provide shelter necessary to both protect this extremely vulnerable population and prevent the further spread of the virus. Despite the dangers of the virus spreading faster among homeless people and the deep brutality of leaving people on the streets during the pandemic, the right of the landlords of the properties to profit still remains protected.

The COVID-19 pandemic has shone a bright light on the lack of infrastructure in place in the United States to protect workers and the oppressed, even in emergency situations. U.S. healthcare workers, of whom 78 percent are women, are battling the virus on the frontlines and have assumed the greatest exposure risk to the disease. Yet, hospitals around the nation are terribly unprepared to either keep healthcare workers protected or to really serve the needs of the sick during the crisis. The woeful inadequacy of the U.S. government, that of the wealthiest and most powerful country in the world, has left the workers very vulnerable in the face of the virus.

Rather than preparing for a crisis that was clearly on the horizon, the U.S. government spent the January and February demonizing China despite that country’s effective and speedy handling of COVID-19. Now, the U.S. population, filled with uncertainty and a lack of clear direction, scrambles with small-scale mutual aid efforts and crowdfunding to ensure that hospital workers have enough masks to protect themselves or that elders can get the food and supplies they need. Individuals, family units and small communities are addressing the crisis in patchwork efforts. But what is really needed is a massive public health mobilization.

The stress of the nationwide pandemic is being displaced onto the workers, the parents and the most oppressed, while the government directs resources to the banks and big corporations like Boeing.

The recent trillion dollar relief package is giving workers far less than what is needed and the burden of this situation will be felt by all. Undocumented workers are left with no access to even this limited relief.

The COVID-19 crisis has already reached unprecedented levels here in the United States, and while the government injects trillions of dollars into the pockets of the wealthiest, the most oppressed of the population are absorbing the greatest, most detrimental economic and public health impacts.

Breaking the Chains magazine joins in solidarity with all workers and oppressed people organizing for increased protections for frontline workers, from healthcare workers to farmworkers. We need a public health mobilization with mass produced testing kits, free COVID19 testing for all, and production of protective gear for all. Workers need guaranteed pay so they can be home with their kids and properly shelter in place if they aren’t in essential workplaces. The government has the resources to provide all of this. Stop funding the banks and corporations and start funding people’s needs!