From Struggle to Militant: A Revolutionary Story Ep. 2 with Joyce Chediac 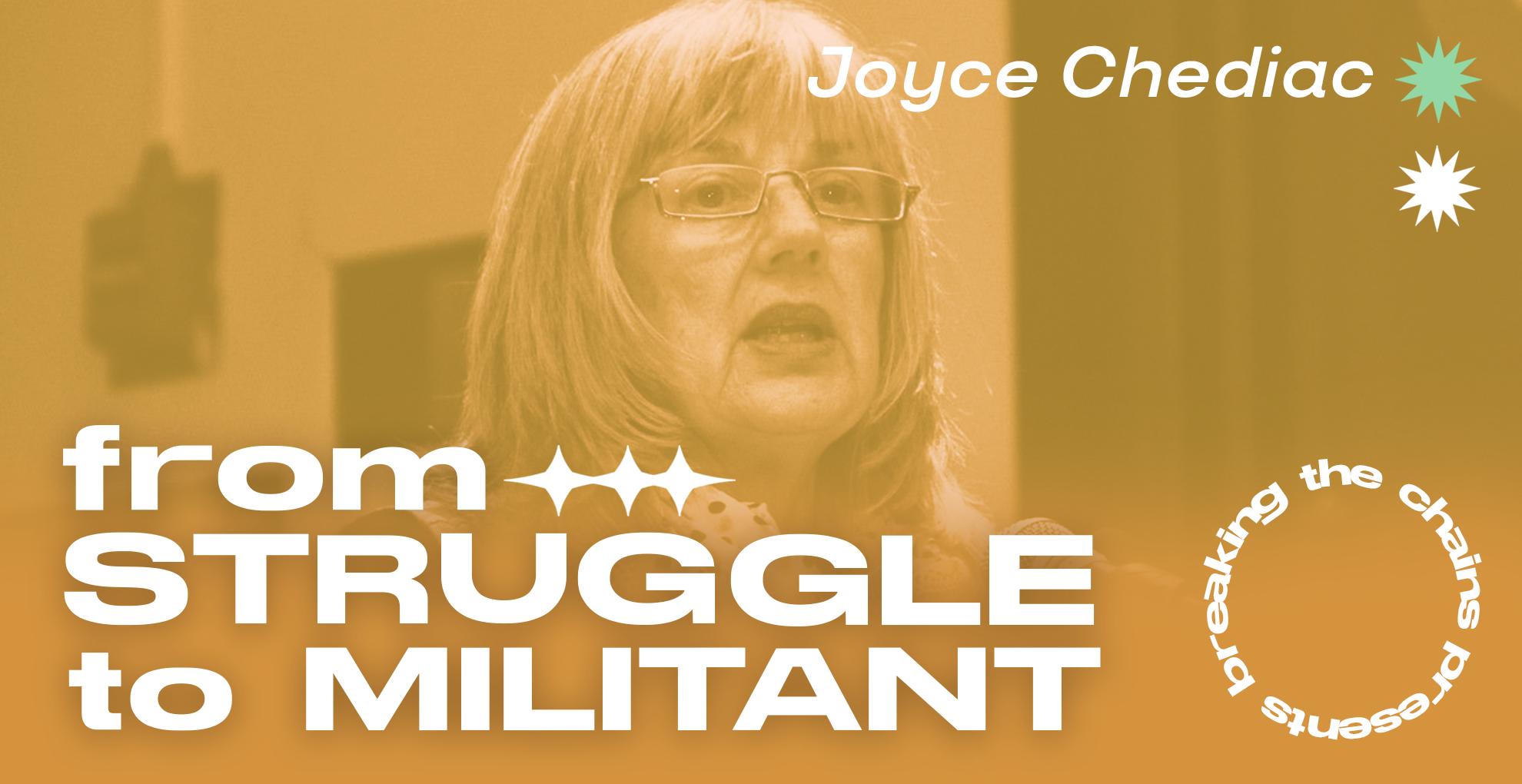 In episode 2 of From Struggle to  Militant: A Revolutionary Story, we interview Joyce Chediac. Joyce has been concerned with women’s issues since her membership in the group Redstockings in the 1960s-70s.  An Arab-American, she has written on the Middle East and women’s issues for over five decades.

Chediac traveled to Libya in 1987 following the U.S. bombing of that country; witnessed the first Palestinian Intifada in 1988 in the West Bank and Gaza Strip; was in Lebanon in 2009 to observe conditions of Palestinian refugees and the reconstruction of Lebanon; went to Cairo in 2011 to interview participants in the January 25 Revolution; was back in Beirut in 2017 to gage the view on the street after Saudi Arabia detained Lebanon’s president.

Her testimony at the 1991 International Tribunal on U.S. War Crimes in Iraq concerning a U.S. massacre of retreating Iraqi soldiers has been published in many languages. She is the editor of the book Gaza: Symbol of Resistance.

Chediac is a national editor of the Liberation News web site, on the staff of Breaking the Chains magazine, and an active member of the PSL branch in New York City.

From Struggle to Militant: A Revolutionary Story is a patron-only exclusive interview series  that follows the stories of the women in the PSL – How did we become revolutionaries? What experiences shaped our political consciousness? How do we continue to build leadership within the larger movement? What you will find is that we are everyday people who have been galvanized by the oppression we’ve experienced and witnessed by the deep injustices in the US capitalist system.